Weekend Recap: Hampered by the “Blegh” and the “Creeping Crud” 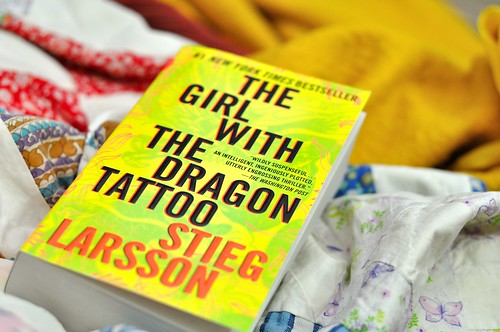 Good crud-time reading this weekend. I’m just getting around to this one…

Neil and I have words for everything. We’re geeky gamers, and par for course we also work in IT, never see sunlight, and have little exposure to people and their germs—short of going to the gym and out to dinner once a week.

So if someone comes to work sick, we might as well lick toilet seats, because we’re going to get it. And boy did we ever get the Creeping Crud, as Neil calls it. Early Sunday morning I woke up feeling like an eighty year-old who had been hit by a bus. I laid down on the bathroom floor (a childhood habit when I was sick) and didn’t leave till noon. Neil came down with it soon after, and we rotated in and out of the bathroom. We camped out on the couch and tried to work, but apparently our strain of crud causes brain damage because even watching movies was completely arduous. 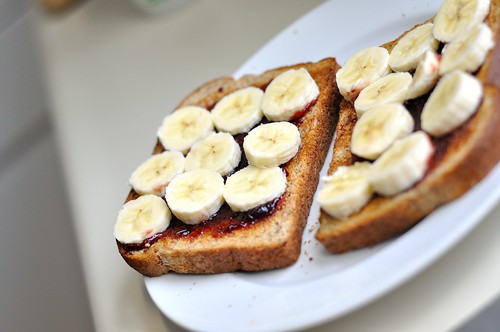 Neil managed to drag his corpse into work today for his first day at his new job, and I’m here trying to shake the persistent sweaty fever that has me completely worn out. We haven’t been able to even think about food, and have subsisted entirely on soup (recipe coming soon!), toast and fruit.

I was hoping to post a great weekend summary of all the things we had planned, and although much of it was hampered by the flu, we still had some fun.

Friday night we had a great celebratory dinner at one of our favorite “fancy” restaurants, Jina Yoo’s. I say fancy because in a world where we’re constantly trying to save, $70 is a lot for dinner out. I wanted the whole weekend to be special for Neil to celebrate his new job. My inner monologue is now laughing at me. 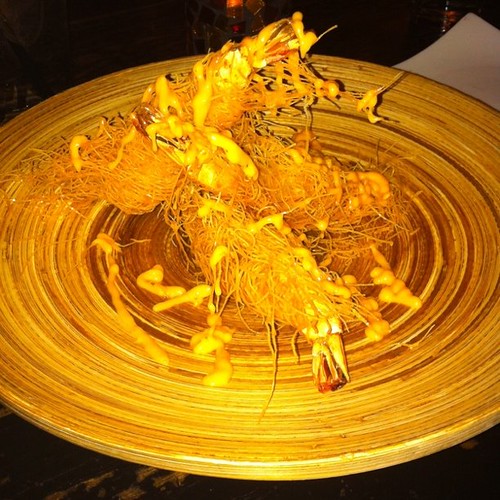 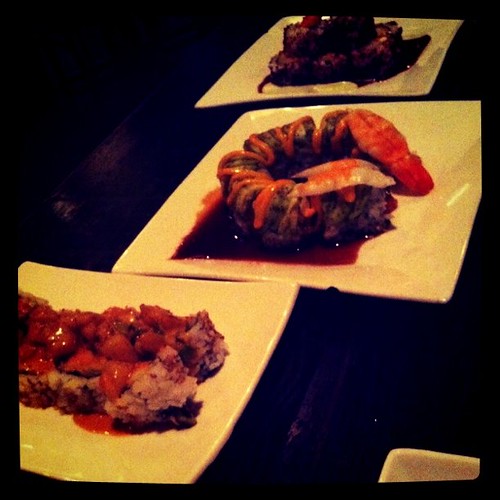 It was an awesome dinner. We started the dinner with an appetizer called “Shrimp’s Bad Hair Day,” deep fried U12 gulf shrimp wrapped in fillo threads drizzled with a secret sauce, that tasted a little of a few things I know I have in my pantry. Sorry about the phone pics. I’m just not ready to be one of those people dragging their cameras to restaurants yet.

We then ordered four sushi rolls. I had a Ruby Roll with beet tempura and cream cheese, and a Scallifornia with scallop and spicy mustard. Neil had a Green Dragon Roll with salmon, avocado and eel sauce and another one that must be really new because its not on the online menu yet. They were so good, and we’re those obnoxious people that dissect every flavor of our meal and I definitely think those sitting around us took notice. Oh well. 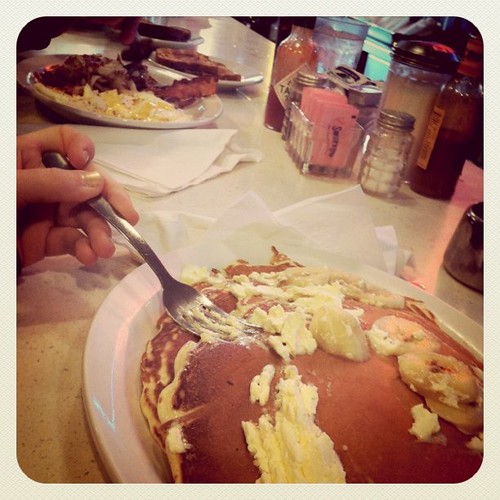 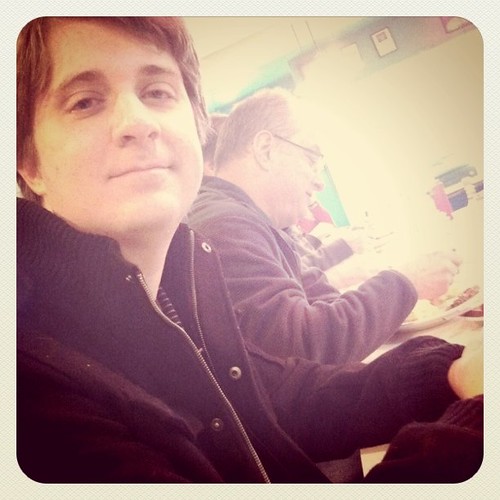 Saturday morning we woke up and the first word out of Neil’s mouth was “Ernie’s.” Ernie’s is a local legend breakfast spot. Narrow and tiny and still designed for the patrons who might have shown up 50 years ago they have amazing greasy breakfast food in portions that aren’t disgustingly obnoxious. We love going there.

We spent the rest of Saturday working on our blog redesign. That’s right, if you haven’t heard via Twitter, we’ve been long overdue for an upgrade and overhaul of the site. Our tastes have changed, we’ve grown a bit, and its just time. I think anyone who is in blogging for some time will at some point hate their “look.” We also want to be better about incorporating our business into the mix. It’s coming, just a few days delayed because of our Blegh.

So, definitely some good and bad this weekend. I just hope we’ll shake it soon. School is officially back in session, we have tons of work on our plates, and lots of ideas to experiment with in the kitchen.

Have you been stricken with Creeping Crud lately? Just feeling a little Blegh?