Clever title right? I couldn’t help but think of this song after this past weekend.

I’m never one to dwell on the weather, but it’s gotten pretty chilly recently. Late last week we received our first frost warnings, and my mom, wanting to salvage what she could from her amazing garden, called and asked if I would like anything. Um, yes please! 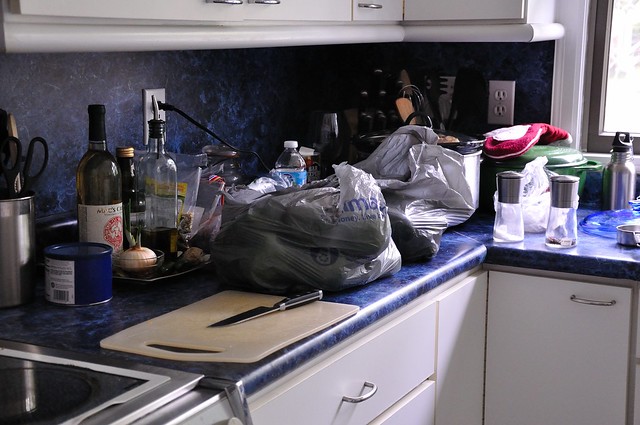 So Saturday after CrossFit I made my way over there to see what she had. I figured she’d have a little of everything, and it’d get us through the next week. I was wrong. I came home with BAGS of vegetables. A full bag of jalapenos, two bags of cucumbers, and two bags of peppers. This on top of a whole basket of pears from Neil’s mom. We were absolutely stumped at what to do. Sure we could have tried to give it all away, but I’ll be honest, we were kind of excited about the idea of trying to find ways to make it last and have some to enjoy throughout the winter. 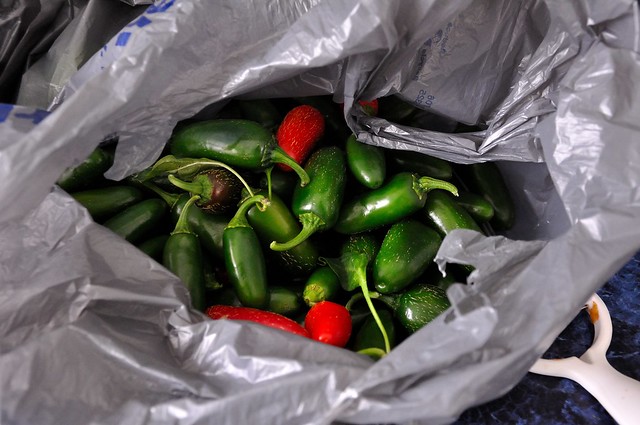 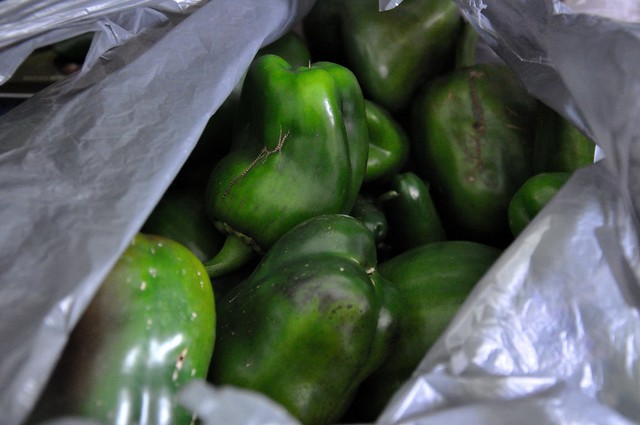 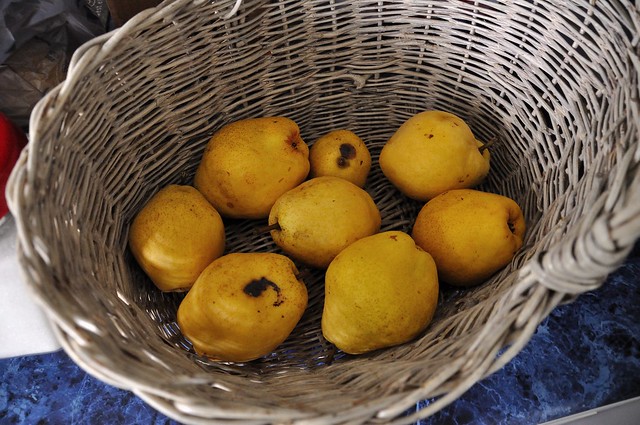 This is what was what was left after I filled an entire crock. I managed fill another crock with them and a few apples — CRAZY!

Neil suggested we finally invest in a pressure cooker, something we’ve wanted in our kitchen inventory for quite some time. It’s not only great for canning, but you can make some pretty awesome meals quite easily. Of course, with Neil involved, we couldn’t invest in just an average model, we had to go big. Oh boy is it big… 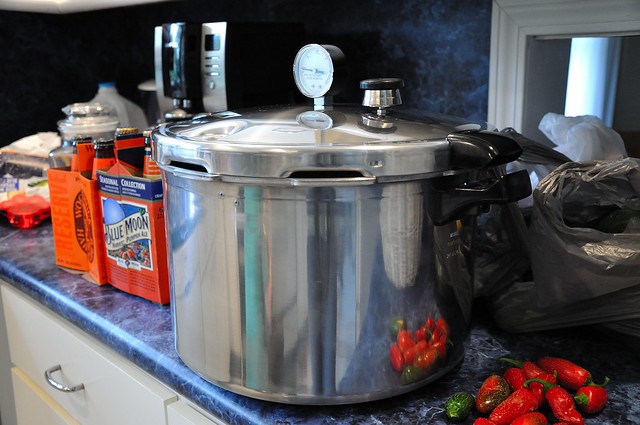 Needless to say, I’ll be happy when we finally replace our stove for something a little more accommodating. It works for now though. We quickly got to work. First we chopped up all the pears and got them into the crock pot. I still have plenty of pear sauce, so I decided to put together a batch of pear butter. It was super simple:

10-12 (or around 5 lbs) of pears
1/2 cup coconut sugar (you could use more, but I thought they were plenty sweet)
A dash of salt
1-2 teaspoons ground ginger
1 teaspoon nutmeg
1 cinnamon stick 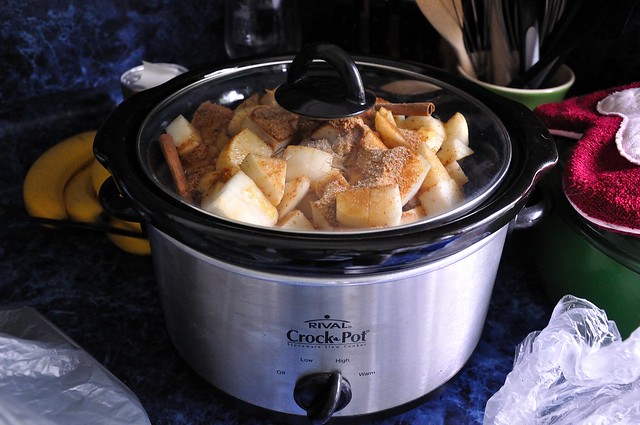 Cook times seem to vary across all the recipes, so I kind of played it by ear. I cooked it on high for the first four house just to get them nice and soft. I then scooped the pieces into my food processor and gave them a good whirl. I then poured them back into the crock and put them on low overnight until they were nice and dark, which ended up being around 10-12 hours. I think cook time is dependent entirely on the types of pears you use, and how thick and cooked down you like your sauce. 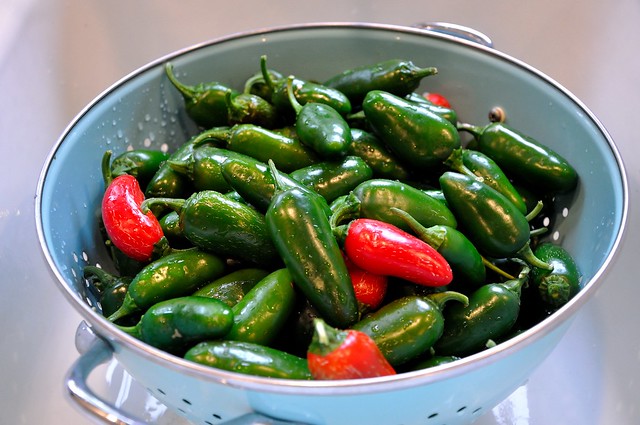 We then dived into pickling the jalapenos. We opted to do this because we always have a jar in the fridge, and Neil adds them to everything, along with sriracha, which I’ve just started experimenting with making myself. Back to pickling though, we made David Lebovitz’s brine of:

(per pound of peppers you want to pickle) 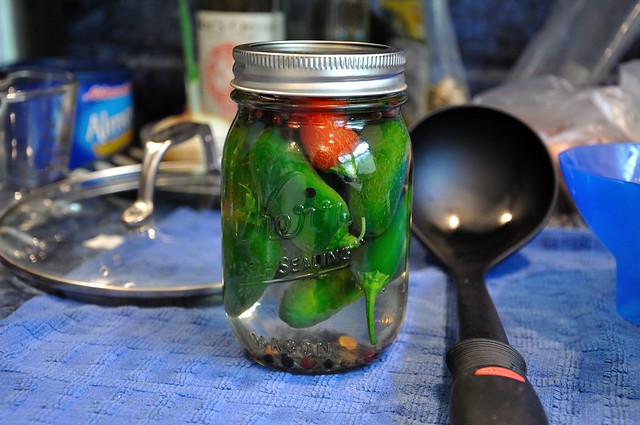 It smelled so good! Once we packed, leveled and sealed the jars, we popped them into the pressure cooker. We were so nervous, but it worked great and the jars sealed perfectly. As someone who has only canned using the hot bath method, the peace of mind is worth its weight in gold. 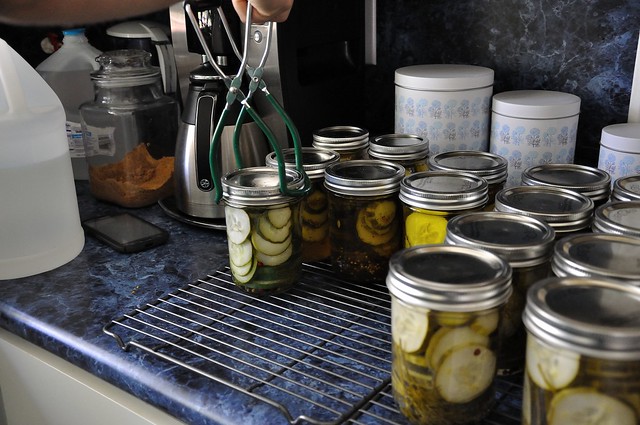 After working our way through that entire batch of jalapenos (I think we did about 4 pounds total), we then began working on the cucumbers. This was by far the biggest undertaking, there were just so many cucumbers! We pickled two flavors, bread and butter and dill.

From pre-made packet I saw at the store. 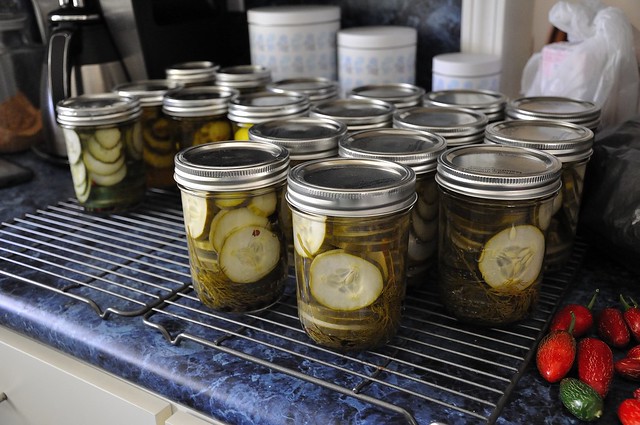 In total, we canned 48 jars of veggies and fruit in a little over 24 hours. We were exhausted, but we had a blast. We stayed up late playing games, getting a pizza delivered (!!) and watching movies while floating back and forth from the kitchen.

This definitely gave me an even deeper respect and admiration for my late grandmother, who canned enough to feed her husband, six kids, their families and much of our extended family from her garden for years. I just can’t imagine the hours, vinegar and burnt fingers she endured over the years. Her pickles, kraut and strawberry pie filling were by far the best. 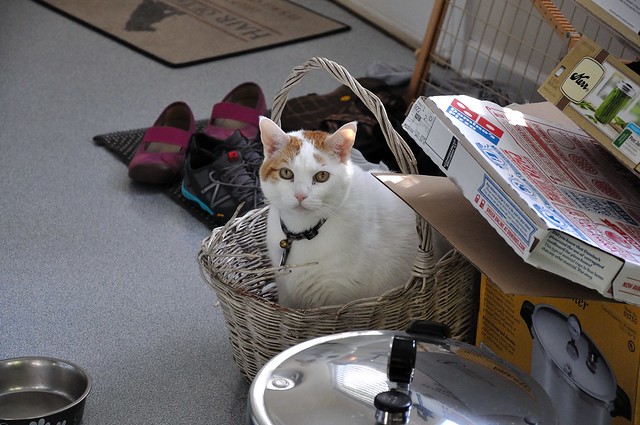 And the pressure cooker? Definitely worth it. We’re already talking about experimenting with some more canning and freezing recipes. It’s definitely the way to go when you want garden veggies in January…