The End of an Era

Well that sounds kind of foreboding doesn’t it? It’s actually a good thing! As of yesterday, all of the ’80s kitchen appliances are GONE! 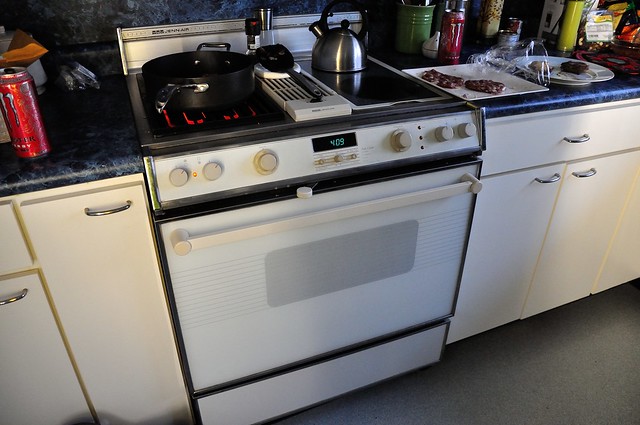 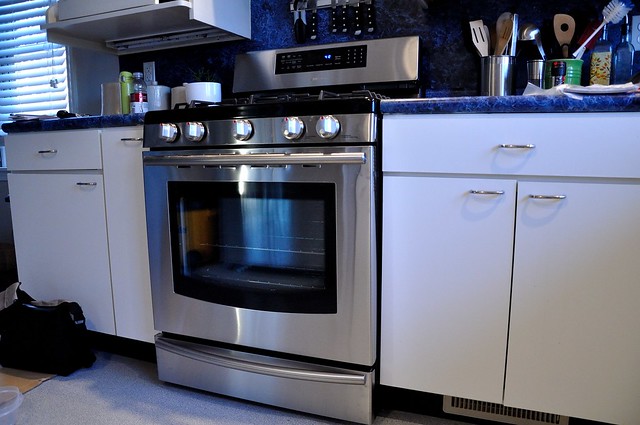 As expected, the old Jenn-Air didn’t go down without a fight.

Big props to Neil, who not only took almost the entire day off Monday (the original scheduled delivery day), but yesterday as well to make sure this went in okay. Here are a few more pics: 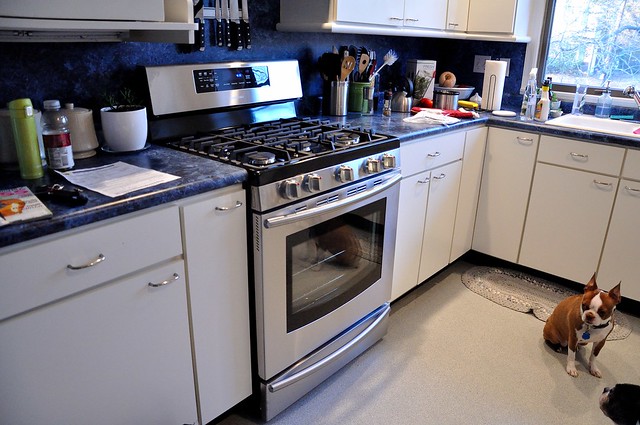 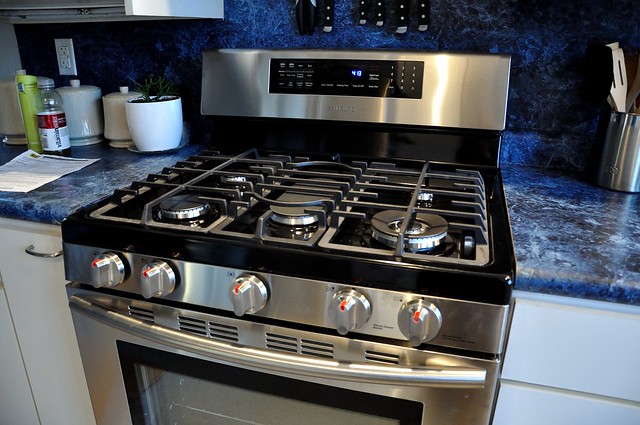 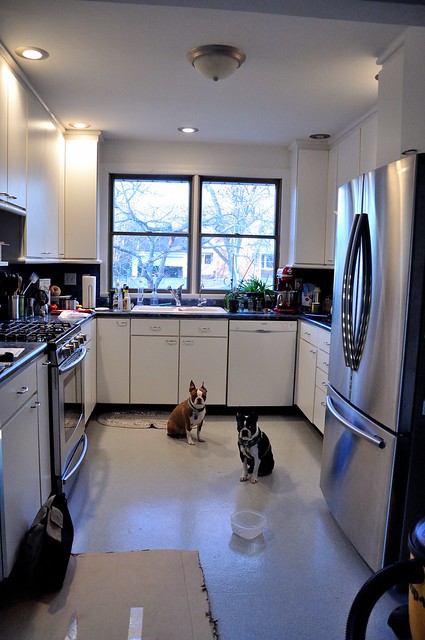 It makes our kitchen finally look somewhat intentional. Much better! And of course, I can’t leave out the chicken nuggets setting we were so enthralled by in the store, which we couldn’t resist making use of last night: 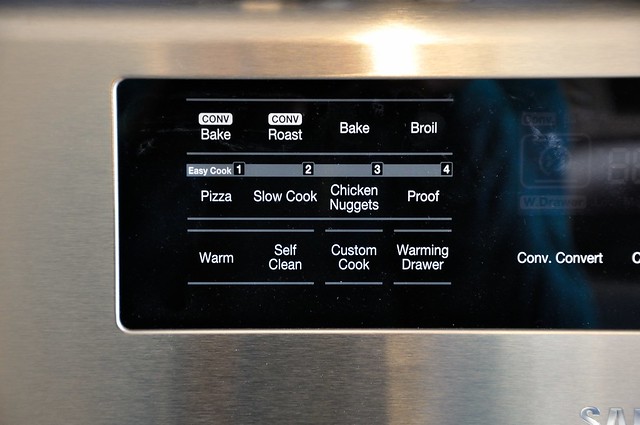 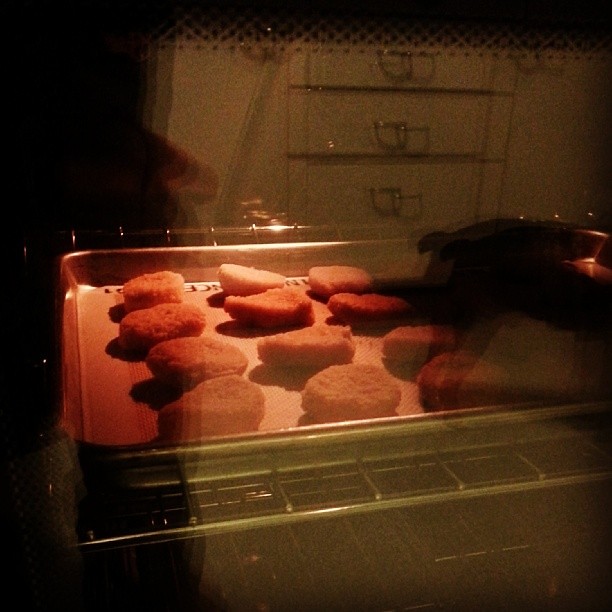 Our new stove is a Samsung 30″ Self-Cleaning Freestanding Gas Convection Range (Model: FX710BGS) I’d like to say that we specifically sought this model out, but it was really the best one that Best Buy had that met the size and format qualifications. While I’m somewhat sad we couldn’t meet our original goal, I’m already so much happier just having something that does everything like it’s supposed to — and well!