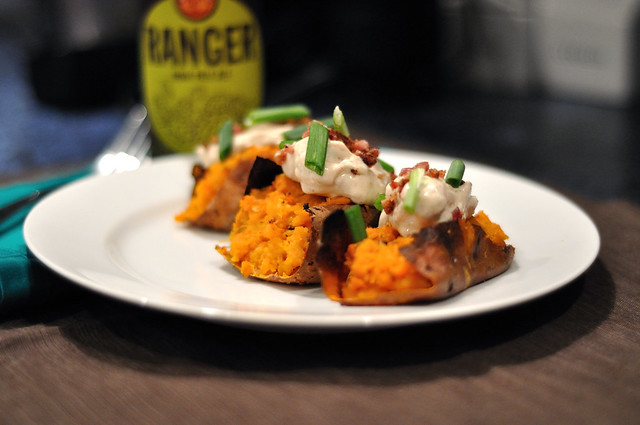 Nothing eases the early darkness and colder nights of the coming winter better than comfort food. However, fulfilling a craving for comfort food is tough when you’ve gone Paleo. All I want is crunchy bread and gooey cheese, but because Paleo ascribes to being both gluten and dairy-free, it makes taming the craving difficult.  This is the first of several recipes we’re giving a try over the coming weeks. Some are fully Paleo, others have a few cheats in them. All still healthy, just not 100% perfectly Paleo. Sometimes you have to know when to bend a little. 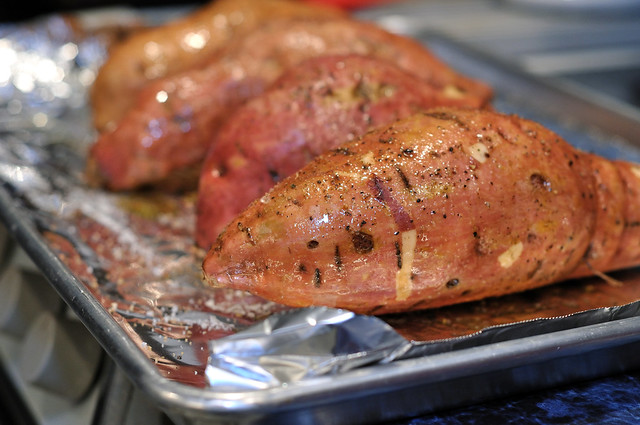 We’ve been obsessed with sweet potatoes as of late, so the sweet potato skins recipe we cooked up is the perfect lightened alternative to ones that typically have a thick blanket of both cheese and sour cream. It would be a great appetizer for a tailgate, game night, or otherwise mundane night you want to make a little more interesting. We love appetizers for dinner, so for us, it was perfect for a Friday night computer game extravaganza. 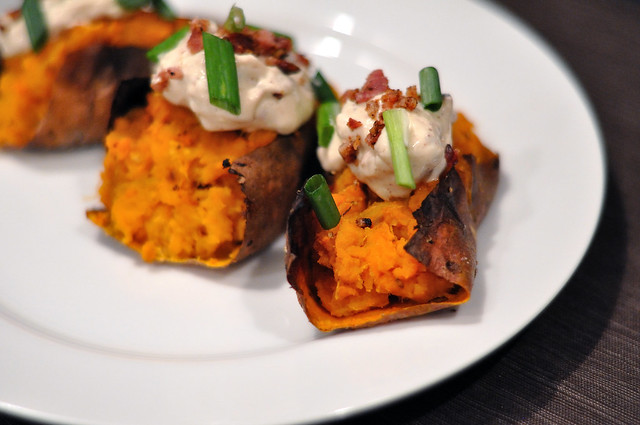 We struggled a bit to get the filling out, indicating that we should have been more diligent in poking and making sure they were cooked enough. The skins are thinner, and tend to come apart more easily than regular potatoes. Regardless of their somewhat disheveled appearance, they were delicious and quite fun to make, once we stopped swearing at them. When you’re selecting sweet potatoes for this dish, opt for smaller and more, rather than bigger and less to get to the 2 pounds. 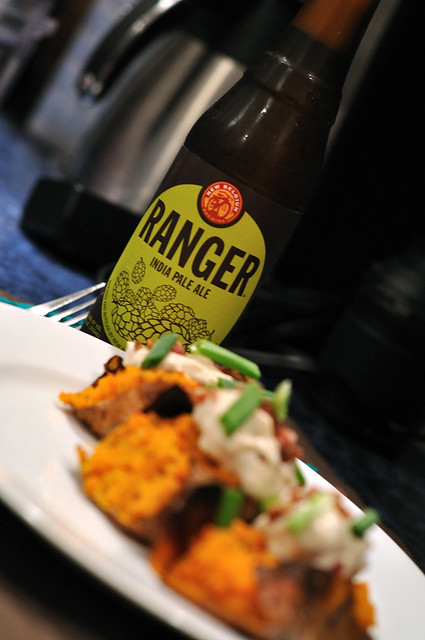 Note: The Paleo community seems to be divided on the issue of Greek yogurt. While some people adhere to Paleo in its strictest form, others advocate and are willing to eat raw unpasteurized grass-fed dairy and cultured daily (yogurt). Most who consume dairy use full-fat or whole milk Greek yogurt. Everyone seems to agree that you have to weigh the decision and how it makes you feel. To us, on a Friday night, a little Greek yogurt seemed a lot better than the multitude of other things we could have been eating. As you can see, we also split a beer, which was lovely.