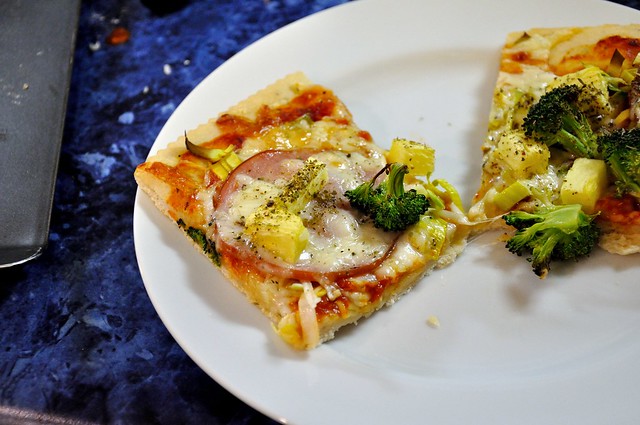 Over the weekend we were forecasted to get a major winter snowstorm. They were talking 10+ inches of snow and super cold temperatures. The town was a frenzy of people trying to prepare to be trapped for days. But nothing happened. We got a little ice, it was indeed really cold, but nothing more than a few flurries hit the ground. This winter has been really long. I typically don’t get down in winter (I’m from MN after all), but  it’s just been unrelentingly cold and dark. I’m ready for spring. My birthday is tomorrow, and two years ago, it was 70 and I rode to work on my bike in a t-shirt. I still can’t believe I’m going to be 32 this year.

With Whole30 and our overall goal to clean up our diet, it’s been a while since we made homemade pizza. It’s definitely been missed. If you’re new here, homemade pizza has been our traditional date night fare since we were dating and in our first apartment. You could say we have history. So when we were staring at the forecast thinking we’d be snowed in for a few days, we thought we’d make the best of it with an impromptu date night. 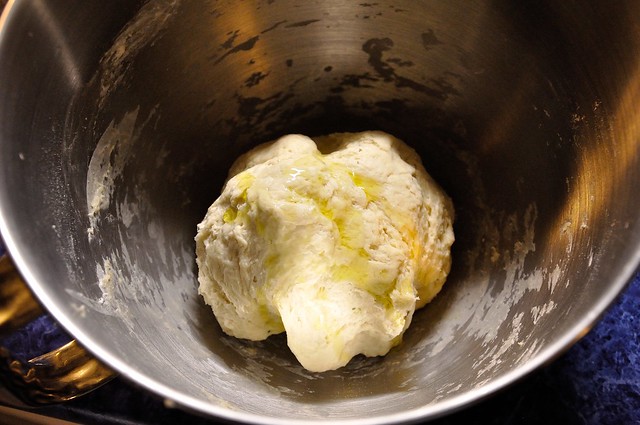 I revived Kenny a few weeks ago with a new starter sample from my mom. I gave her some of Kenny last year, and she’s been baking with him ever since. My Kenny lived a long time, but when I was going through a tough time with my job, and death of my Grandma last year, Kenny was an unfortunate victim. I’ve missed baking and fermenting bread with him, and so I was thrilled to have another go.

Even though we’re striving to be mostly Paleo, I’ve always considered sourdough an exception. I really enjoy fermented foods, and sourdough bread, when fermented and prepared well, offers a host of health benefits. 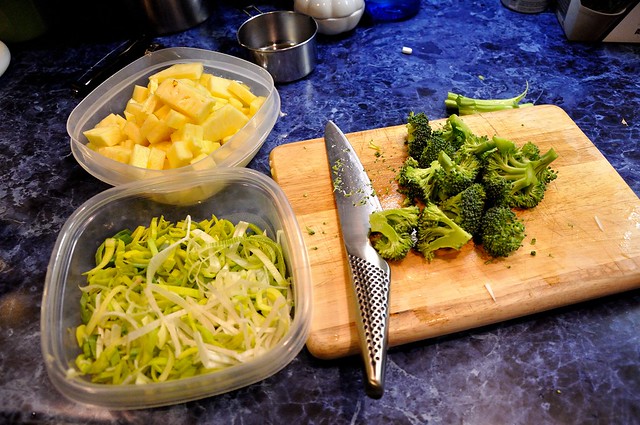 Our pizzas contained organic cheese, uncured Canadian bacon and a hearty helping of leek mixed in with the pizza sauce. We also had fresh-cut pineapple (it was on super special at the grocery, couldn’t resist buying 2 pineapples). I then also added broccoli to mine. It was so good. Thin and super crunchy, just how we like. I hope you give it a try!