If you were to identify the most commonly used phrase around our house this weekend, it would probably be “son of a bitch.” It’s the perfect expression for those times when hindsight is painfully 20/20. Last weekend, while we cooped ourselves up in the house to paint, it was gorgeous outside. This weekend, which we had hoped to use for some automotive and yard projects, was completely washed out by nearly 4 inches of rain. We couldn’t walk by a window without uttering our new adorned phrase. To be fair, we got plenty of other work done, just not the landmark home and race car improvement projects we hoped to blog about. Instead, we vectored graphics, coded pages and cleaned the bathroom. I know, who wouldn’t want to hear some more about that right?

We did manage to score a brief let-up in the rain so we could do our weekly BBQ. Since it’s been warm enough to barbecue, we’ve been doing a weekly grill-up of about 3-4 days-worth of meat. It saves us so much time, and tastes far better than if we were to cook on the stove and finish in the oven (though still a delicious viable option). On the menu for this week: Paleo Cajun Burgers. 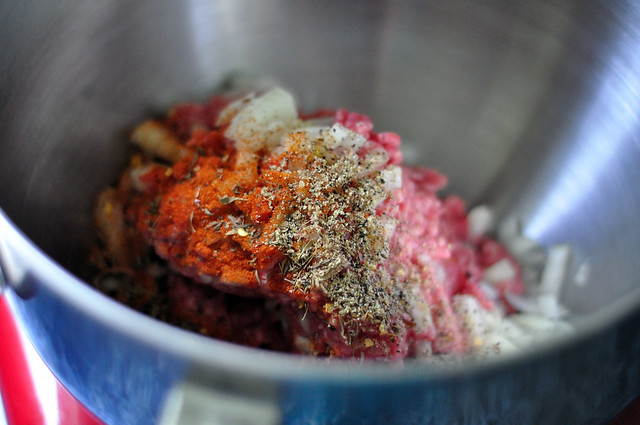 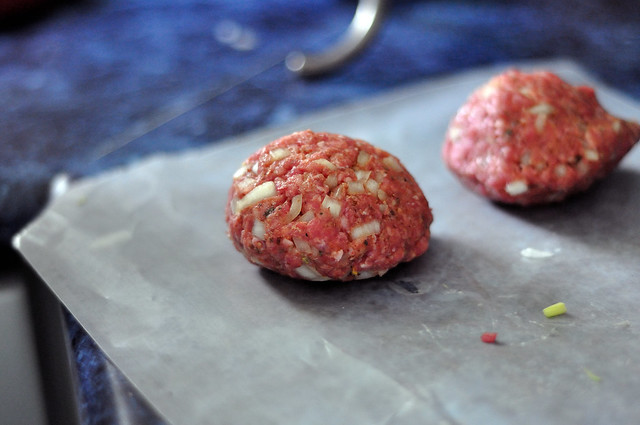 We then formed the mixture into four large patties (any size is fine). 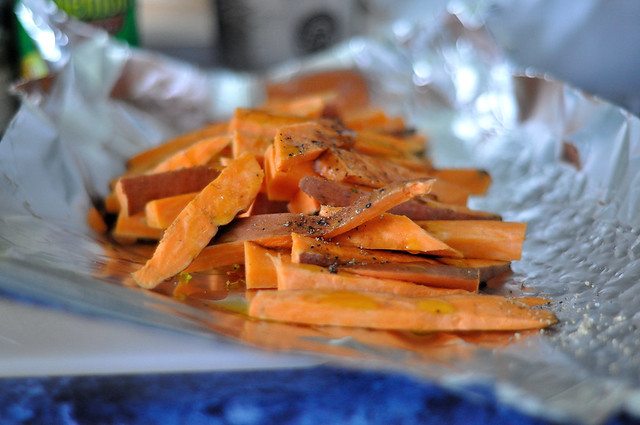 While Neil worked with the meat, I prepped our veggies: Brussels Sprouts and Sweet Potato Fries. 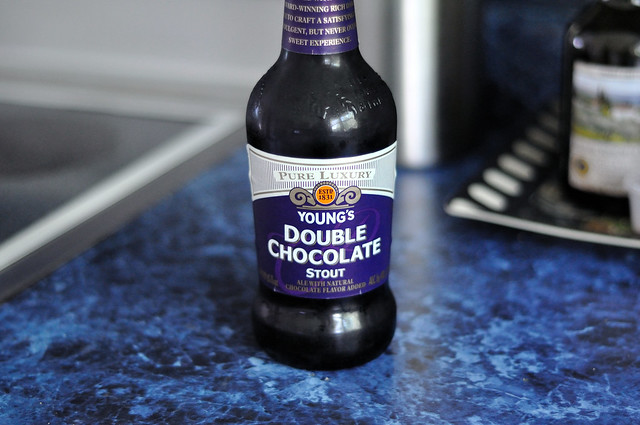 We enjoyed Young’s Double Chocolate Stout and Schafly’s Quadrupel while we cooked. 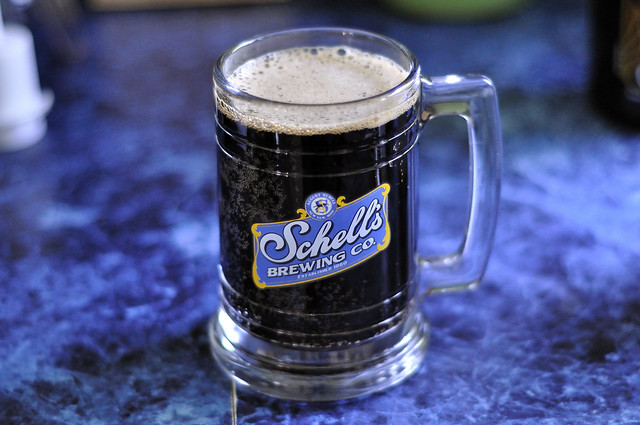 Schell’s Brewery glass, can’t wait to be there in a month! 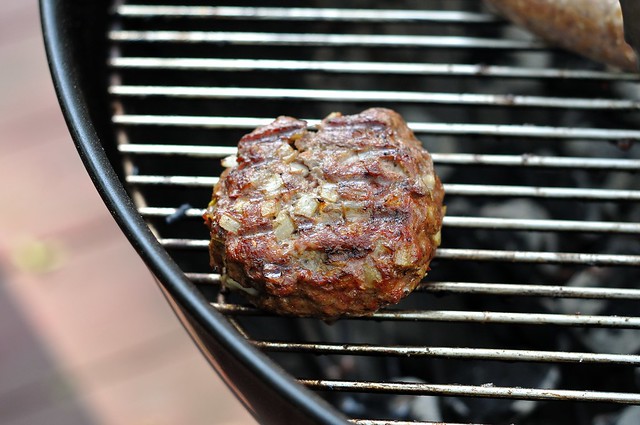 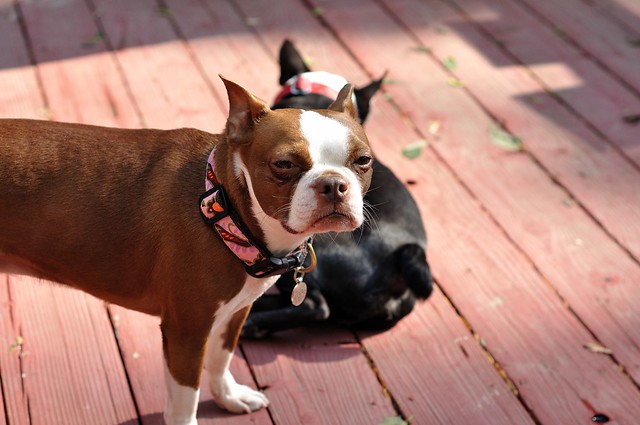 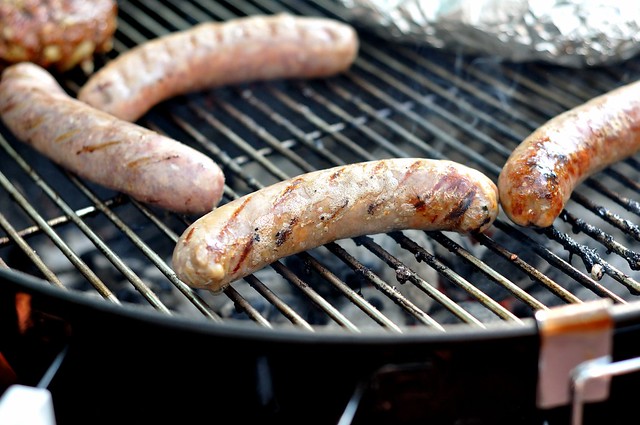 Our normal local brat batch. Not paleo, but fresh and made from scratch. 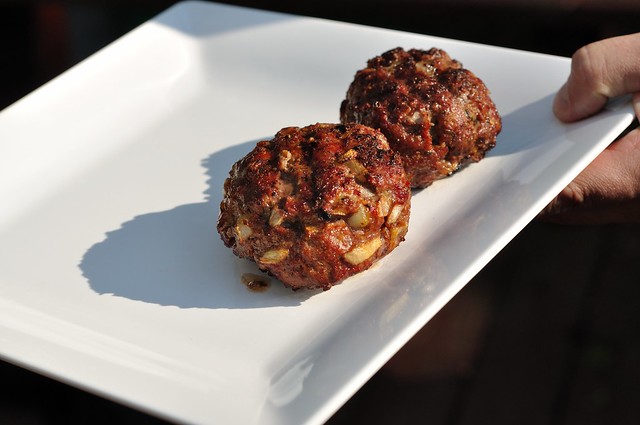 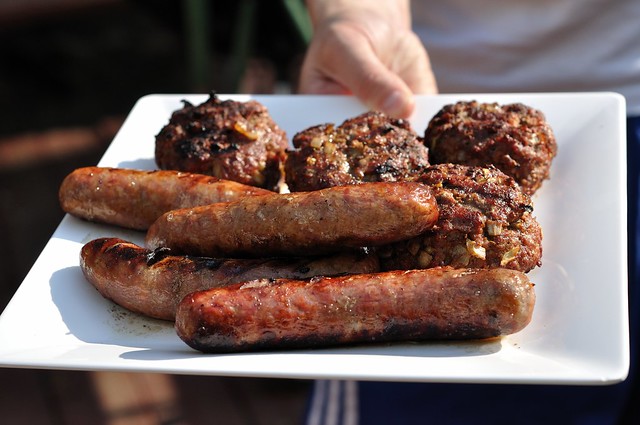 A plate of awesome. 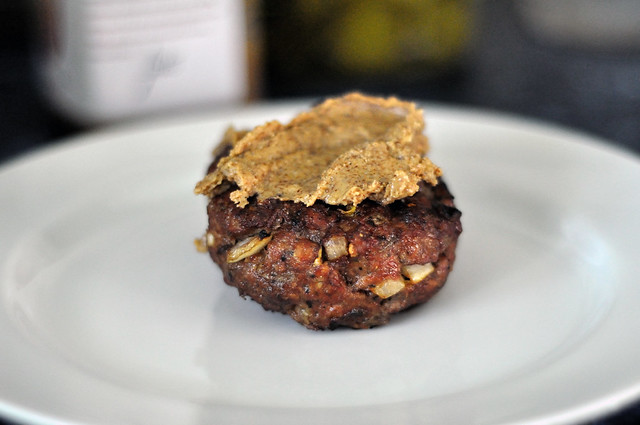 So Neil thought I was totally nuts for doing this, but I was craving a goober burger, which consists of peanut butter (or in my case — almond butter!) melted over a hamburger. 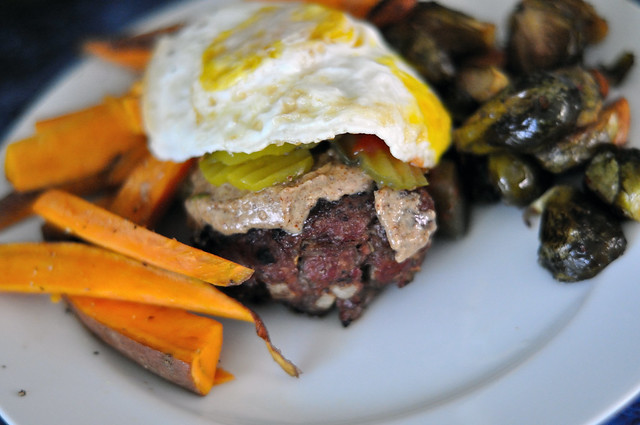 I think his confusion turned to disgust when he saw my finished product: hamburger patty with almond butter, pickle wedges, jalapeño slices and organic ketchup topped with sweet potato fries and an egg. 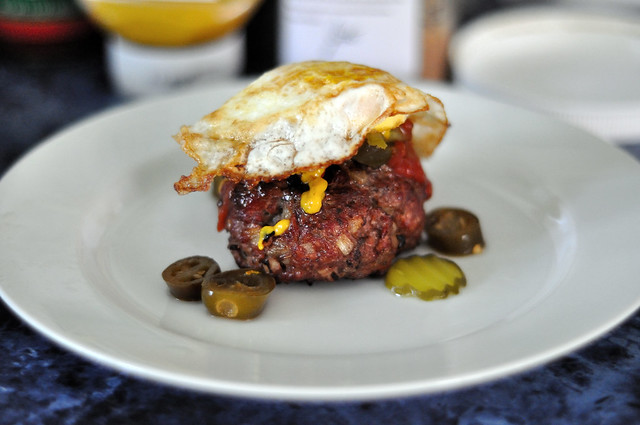 His by comparison was a patty topped with organic mustard and ketchup, pickles and jalapeño slices and egg. Okay, so not the most beautiful meal we’ve ever assembled, but you must try these burgers. Thick, juicy and SPICY, just the way we like them!

The pickles and jalapeño slices technically aren’t paleo, but we happened to buy them in bulk before we went paleo, so rather than waste them we’re trying to use them up. 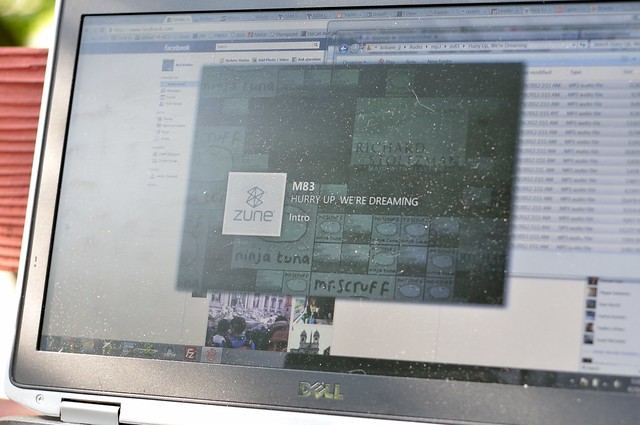 We enjoyed our late lunch/early dinner with some nice background music. I don’t know why, but I’m completely obsessed with M83 lately. It’s perfect when you want to listen but still need to tune out at times.

So weekend over, nothing accomplished in the areas we’d hoped. However we did get some work done, and we are fully caught up on Mad Men and Game of Thrones. Game of Thrones is NUTS this season, which says a lot because last season was intense too. I don’t know how people can just watch one episode. I must have four or five on deck or the suspense just eats me alive! Peter Dinklage is absolutely brilliant.

Did you get rained out this weekend or was the weather everything you hoped for and more?