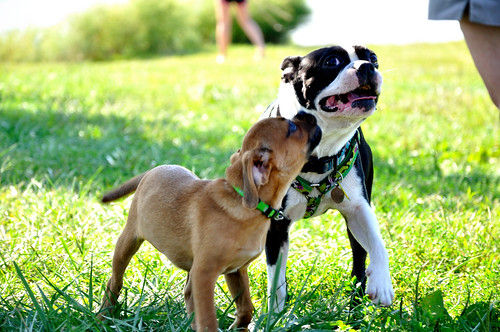 I won’t lie. My brain is still in weekend mode. Wasn’t it just Friday? How does it go so fast!? We had so much fun this weekend, even while pup-sitting Anja and Steve’s puggle Fred. He was a wiggly little handful, but Clive kind of took the brunt of his energy and this morning had to be carried outside to pee because he was still so exhausted. 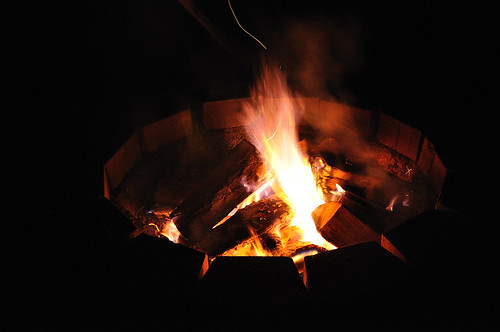 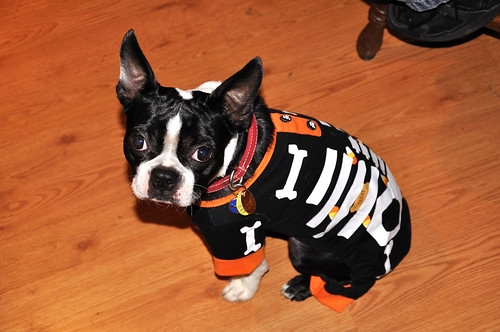 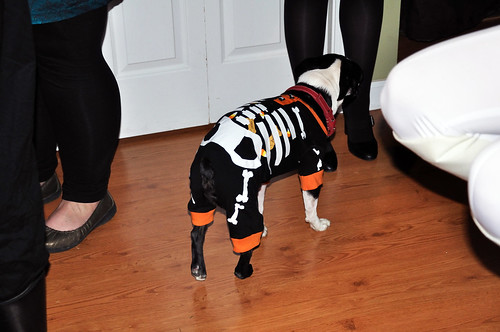 We went to an awesome bonfire Halloween party at our friends Bob and Renee’s house. You may remember them from several weeks ago when we went to our first Renaissance Festival. We had a great time, and even dressed Clive up so he could attend. He of course, was a total hit, and they started calling him the “ladies man.” He felt pretty confident strutting around in his costume. Clothes make him feel like a person. 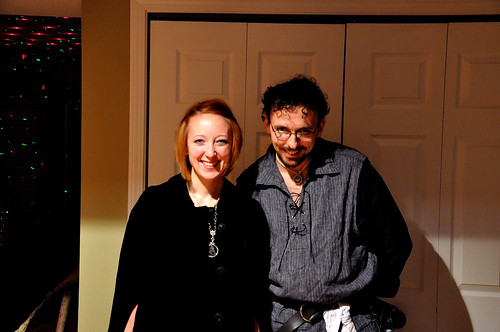 Bob and I. He was a pirate and I went as a Volturi from Twilight. No, I’m not a twi-hard, just happened to have a cape and black dress. 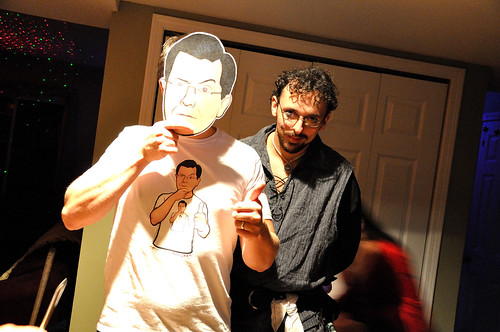 If you didn’t already know, Neil is a serious Stephen Colbert fan. He decided to go as his idol. Pretty clever eh? 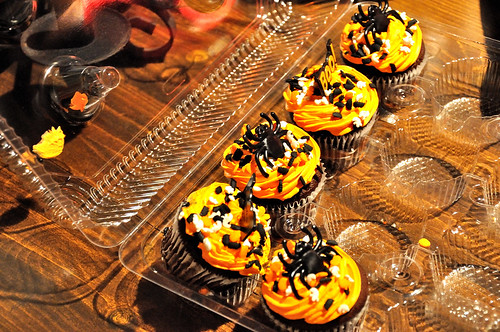 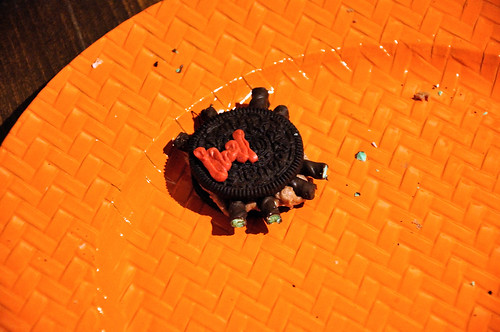 I can’t help but take pictures of food. The Black Widow Cookies were so clever, that I plan to recreate them for myself (maybe Thanksgiving themed?). 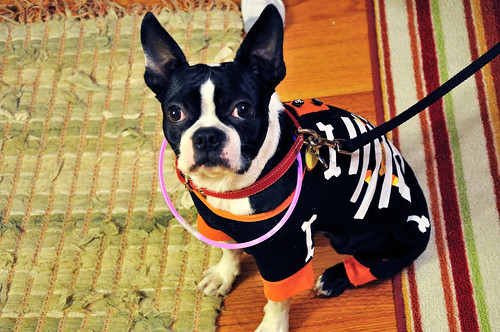 By the end of the party we couldn’t tell if Clive had been to a party or a rave. All in all a great weekend. Last night was pretty low-key. We settled in for a night of design work and scary movies. We watched Night of the Living Dead (1968), Dawn of the Dead (2004), and my all-time favorite Rear Window (1954). We ate far too much candy and bowl after bowl of our new chili recipe that we’ll be sharing later today. We need an extra day to recover from our weekend!

How was your weekend? Did you dress up? Eat any cool new foods? We’d love to hear about it so leave us a comment!