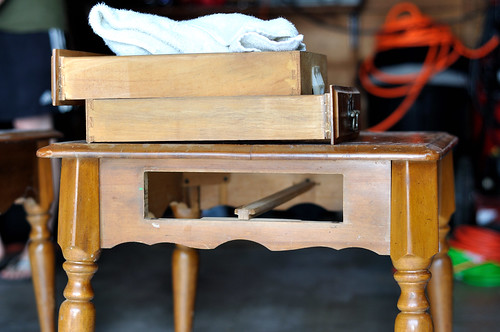 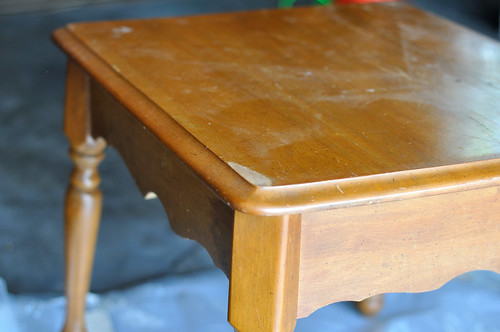 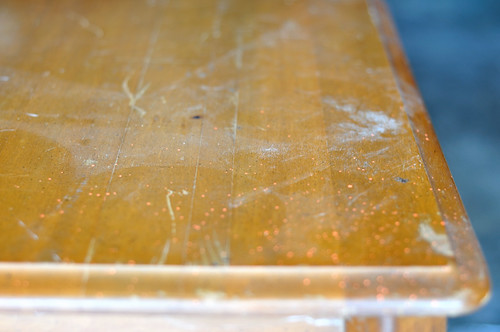 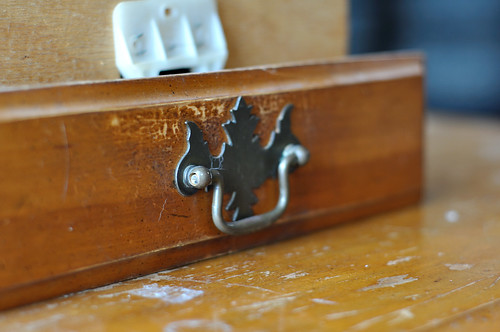 As renters, we have a lot of what I would consider “transitional” furniture. You know, the stuff leftover from bachelor days and post-college moves (I’ve moved at least once a year since 2000). Being essentially nomadic and fixing your life around academia and the job market, it’s nearly impossible to ever make the move to invest in nice stuff because let’s face it, your furniture never makes it through a move unscathed. Something always happens. These end tables were freebies from Neil’s house. They were old and more than a little dated and …rough. They’re still a temporary fix, but a little paint and new hardware went a long way to at least cleaning them up a bit. 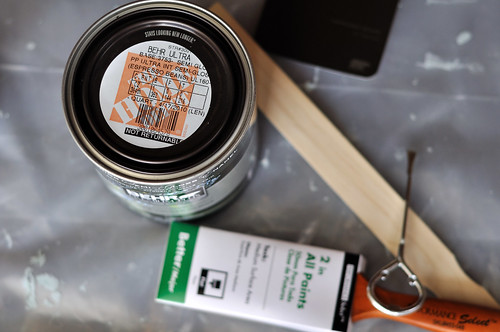 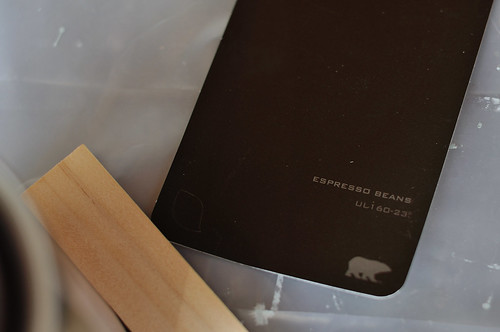 After doing a little google research, I opted for Behr’s Paint and Primer in One. It’s not something I would opt to use for wall color, but for a piece of furniture you don’t want to invest a lot into, it came highly recommended and was fairly inexpensive. I wanted a dark brown, and dark enough to look black so I chose “Expresso Beans.” It came out a little lighter than I wanted, but again, this is temporary. 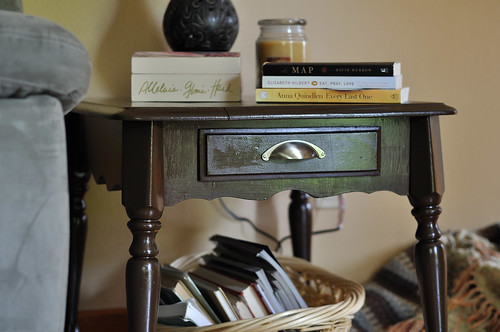 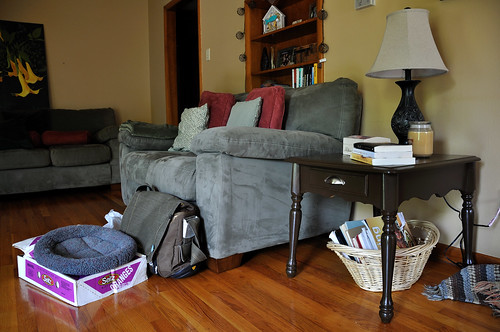 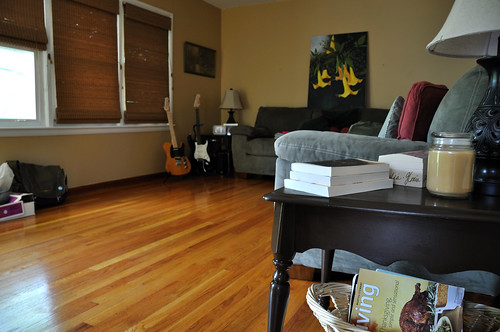 The results were fantastic. Two easy coats that dried in less than three hours, it was a perfect easy project and the end of my constant heartache over our old crusty end tables. Most of all, they look a bit newer, and don’t have dated hardware and orange flecked stain. Optimally someday I’ll have my dream end tables, but for now, these are the perfect way to compliment our couches and our temporary home.