So it’s been kind of a rough week and I hate that I’ve been saying that so much this year — but bear with me. 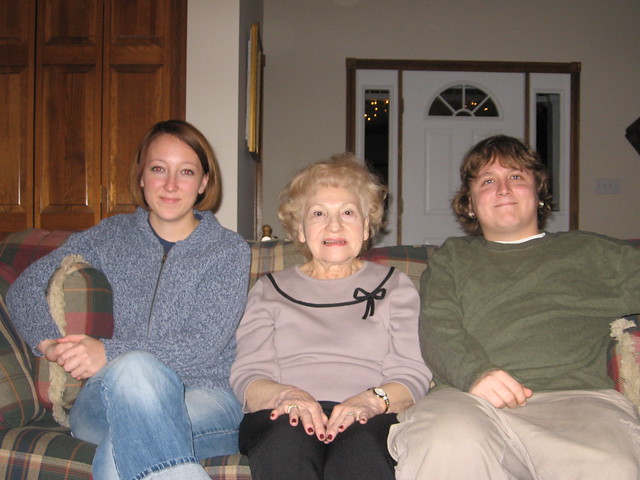 My brother and I with Grandma, circa 2004

My grandma passed away last week. Fortunately my family was able to be by her side. My parents and brothers had traveled to Los Angeles to take her to our family reunion. When they were in the airport, she called to say that she wasn’t feeling well and was being taken to the hospital. By the time they arrived, she had lost consciousness and was soon after put on life support. They conducted tests, and the brain scan revealed that there wasn’t any activity, and her kidneys were barely functioning. Per her wishes, they removed her from life support and she passed away early the next morning.

I was supposed to be there, but I cancelled my trip because I was assigned a project that I could in no way complete in time had I gone on the trip. I was really disappointed and upset — not only with myself, but the situation. I should have been there, because I planned to be there, but it just hadn’t worked out.

When I changed jobs last year, I was really excited about the idea of working from home. I mean, who wouldn’t be? Working in the comfort of your home, surrounded by your pets, with the flexibility to hopefully somewhat structure your day.

Unfortunately, it didn’t really happen that way for me. Project turnarounds were increasingly intense, and I found myself working more hours that completely drained me but just barely keep my head above water. Although people always jokingly said how lazy they’d be if they got too got to work from home, I found it really hard to disconnect with my office and piles of work always a mere few feet away.

Eventually, people around me started expressing concern, but every time I tried to even the scales of balance — everything just got more stressful. I couldn’t fully please anyone, and I felt like I was failing at everything. I was miserable.

Everything kind of came to a head while we were in Colorado. Being out of the house and finally having some quality time with Neil put a lot in perspective. We had a lot of long talks, and he expressed how much he felt affected by my work and how unsustainable he felt my workload was. It was really hard to hear how much stress I’d saddled him with, but I didn’t know what to do. I felt like leaving would mean failing. The work I was doing hadn’t given me the full opportunity to utilize my skills, and I felt like I hadn’t proven myself worthy of better work yet. Additionally, I’d never left a job simply for being unhappy. Was I just being a whiner? 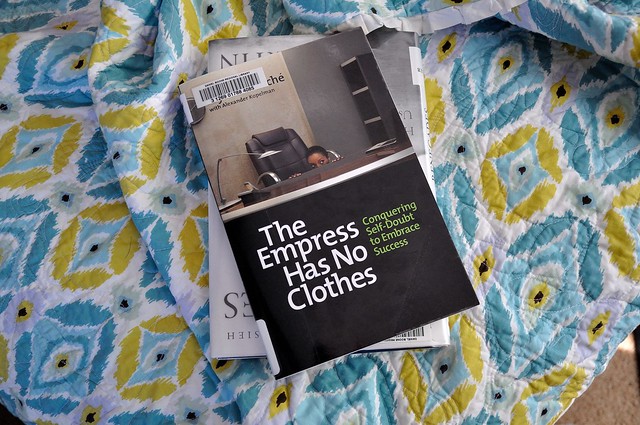 By the time we left to start back toward home, I had agreed to begin looking for new opportunities. I had mixed feelings, and didn’t know what to expect. For months I constantly felt as if my best was coming up short and it had produced a lot of self-doubt. I’m so grateful someone suggested this book to me. It put so much in perspective, especially how introverts or those who suffer from social anxiety struggle in many of the same ways professionally.

Surprisingly (to me anyway), within days of making some phone calls and sending some emails, I received quite a bit of feedback. While things progressed, I tried to scale back my hours in order to re-prioritize the neglected areas of my life. However, in order to still meet deadlines, I cancelled my trip to California with my family that we’d been planning for a year. Even though my family was disappointed with me, I felt mostly okay with the decision knowing that I was making changes and started last week waiting on call backs.

Immediately after receiving the call from my dad about my grandma, I received a call from one of the organizations I’d interviewed with, with an offer, and I made the decision to accept. 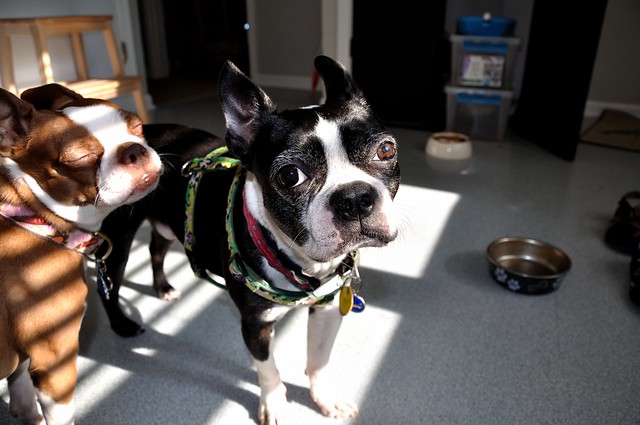 I will no longer be working from home, but moving back to an office environment with a more normalized schedule. People have commented how much of a bummer that must be, but honestly, I couldn’t be happier. Yes, I’ll miss being with the pups all day, and randomly running out for coffee or to the library, but honestly, I just need to be able to disconnect, and feel like it’s okay. I think its important that life be a balance of work, family and self. While it’s definitely true that you can’t “have it all,” severely neglecting two of the three definitely isn’t working out.

I’ve learned quite a bit through all of this. The coping mechanisms I developed to deal with fear and insecurity — like working a lot of hours, have a limit. At some point, you just can’t work any harder and it does nothing to alleviate never feeling good enough. Learning to manage expectations from a position of strength, not fear, and making sure you’re being set up for success is critical.

I’ll miss the team, our team meetings, and the great times I got to be a part of, but I’m happy to be moving forward.

If you’re still reading, thank you for sticking with me this long. Not only for this long post, but over the past year. So much has happened and I’ve received so much encouragement and helpful advice along the way. It’s been overwhelming, but I’m so grateful.