Millions of Pears, Pear Turnovers for Us! 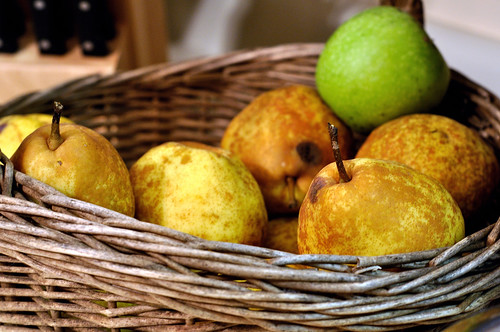 When Rachael, aka La Fuji Mama, posted this recipe for Jarlsberg Cheese and Asian Pear Turnovers, I knew I had to make them. We still have a mountain of Kieffer pears from Neil’s parents and have been looking for a way to eat them other than plain. Our busy week ironically made the timing perfect. We were in the store re-stocking our lunch ingredients when we passed the dinner roll section in the frozen food aisle. Since we started making our pizza and dinner rolls from scratch over a year ago, I haven’t bought pre-made dough. I felt like a criminal just standing there, but because I didn’t feel like embarking on an exploratory journey to the foreign lands of croissant-dom (though I’m inspired to try now that someone else did in Challenge #4 of Project Food Blog), I picked up two tubes and tossed them in the cart. 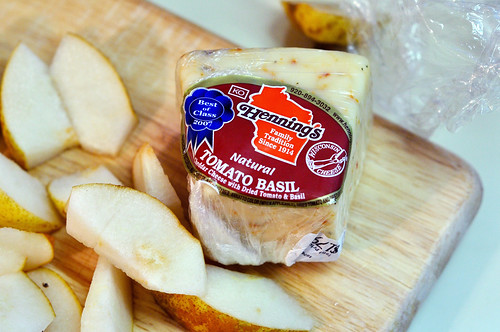 Neil’s been on a fancy cheese kick lately, which is a completely new thing for me having grown up on the econo-blocks. In fact every time we pass the artisan cheese section, we both whisper “fanccaaay cheese” as if saying it too loud will trigger a spotlight that will expose us both as imposters. It’s the little ritualistic traditions that make grocery shopping fun right? Either way, every time he buys something from one of the cheese baskets I walk around like a yuppie know-it-all from a place much bigger than here. A girl can dream. At least until someone notices I have pre-made croissant dough in the cart.

(based on the more well-thought recipe from La Fuji Mama)
1 tube of croissant dough (I got the stuff that said jumbo?)
1 egg
1 pear, sliced thin
6 2×2 slices of cheese, your choice

So here we go: 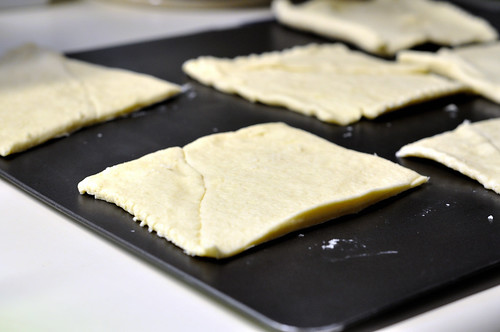 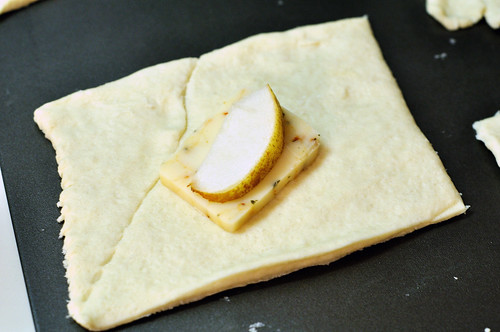 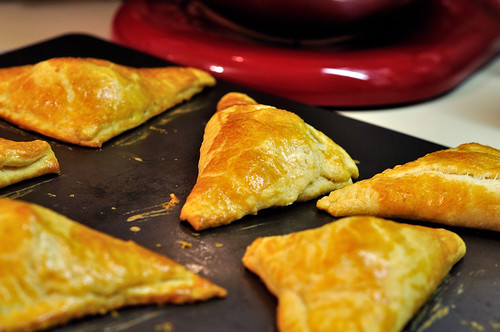 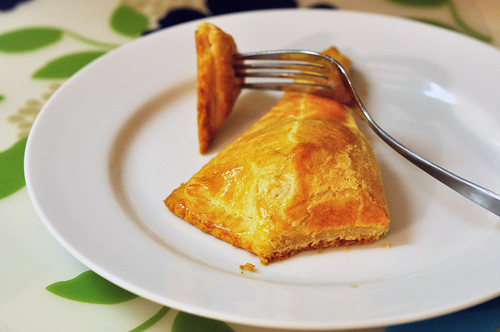 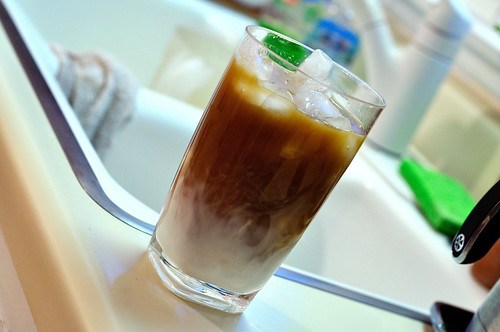 The iced coffee Neil made me. This was taken before stirring. Doesn’t that look cool!?

We’re thinking of hitting up the local Renaissance Fair. I’ve never been, so I’m a little nervous. Clive may go as a swashbuckler and Neil is going to recycle his Monty Python Knight costume and don some hollowed-out coconuts. I’ll be going as the out-of-place ginger kid trying not to stare awkwardly at the boosted cleavage. We’ll see how this goes.

What are your weekend plans?