Has this ever happened to you? Yesterday, while Neil was out running errands, I decided to make dinner. I’d been wanting to make Annie’s Eat’s Pizza Bites forever, so I made a batch of our favorite dough, and chopped up some pepperoni and grated some fresh mozzarella. Since we’ve made so much pizza to date, I figured it would be easy, and decided to skip reading the recipe and just wing it.

For reference, here are what Annie’s Pizza Bites are supposed to look like. And mine… 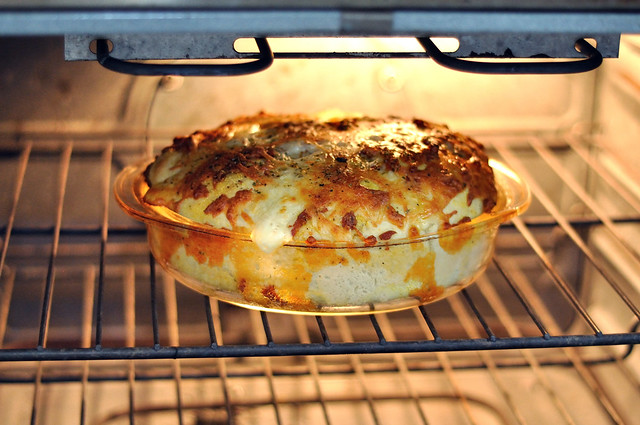 Neil came home right after I’d put them in the oven, and when my first timer went off, peered inside and nearly fell on the floor laughing. I looked in from behind him and saw a pizza mountain erupting from the dish. Where had I gone wrong!? 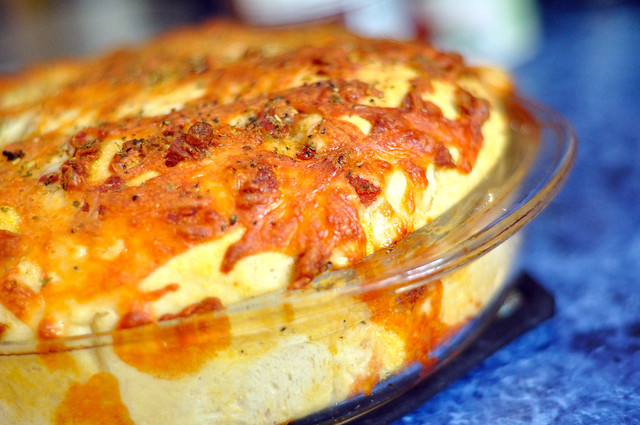 In reading the recipe, I quickly realized my bites were more like several bites, and I’d made them far too big. I’d also slathered the top with the leftover cheese, which had fused them together in a giant pizza glob. Finally, I should have flattened my dough more, or not have allowed it to rise nearly so much. 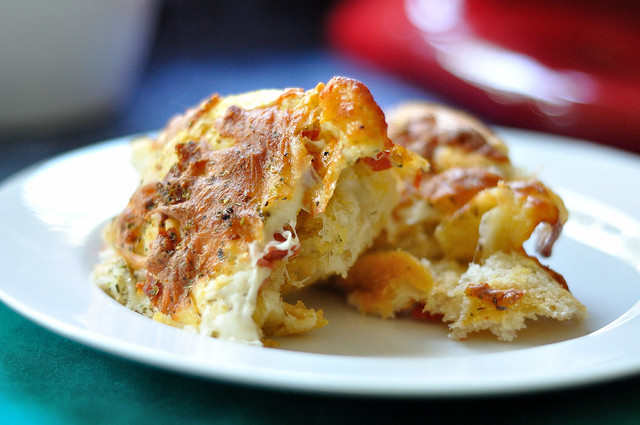 My kitchen humility is now firmly in check. Nonetheless, my Pizza Mountain Globs (as they are now lovingly referred to), tasted pretty darn awesome, and were a hit with Neil. Next time though, I’ll read the recipe. Lesson learned!