Our first Christmas as a married couple was quite eventful yet very relaxing. We were in definite need of a vacation, so much so that by mid-week we often forgot what time it was and even what day it was. What started as plans to visit my extended family in Minnesota, ended in being snowed out of the upper Midwest by a wallop of a blizzard that dumped over a foot of snow in parts of Minnesota and ice throughout Iowa. We watched the radar for four hours before canceling our trip and calling our family.

It goes without saying that we were hugely bummed not to be able to take the trip. We decided to cheer ourselves up by planning a Christmas feast with our own micro-assortment of all our favorite dishes and a new one to acquaint ourselves with. We picked up a lovely ham, asparagus, potatoes, and ingredients for pineapple casserole, something I saw once on TV and have always wanted to try.

We spent much of the week reading books, watching movies and playing World of Warcraft. On the afternoon before Christmas Eve, we received a call from my uncle saying that my cousin’s wife had given birth to her twins. They were due in February but decided to make an early Christmas appearance, ironically on the same day as the oldest great-grandchild in our family, Andrew. That means that half of my grandparent’s great-grandchildren have the same birthday. Very easy to remember.

On Christmas Eve we spent the evening at Paul and Donna Moessner’s hanging out with Donna, Anja and Steve. We had great food and endless conversation while waiting for the 11p.m. church service at St. Andrew’s (Paul serves as pastor there). It was our first time worshipping at a Lutheran Church, but it wasn’t all that different than attending a Catholic mass, and there was even more music. Donna gave us a beautiful ornament of the Nativity for our tree. 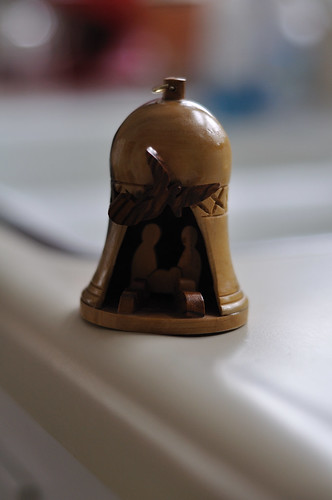 On Christmas Day we awoke to a very white Christmas. It was very beautiful but quickly dashed any travel plans so we decided to prepare our feast. Lovely baked ham, sour-cream mashed potatoes, asparagus in olive oil and pineapple casserole. Very traditional given the way we normally cook, but it’s a once-a-year affair. 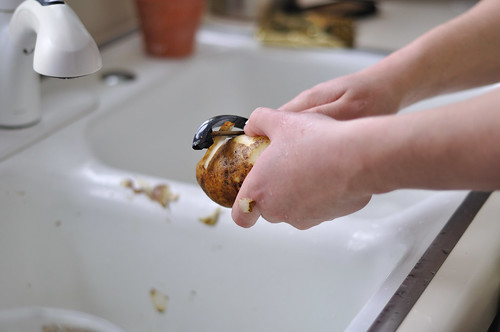 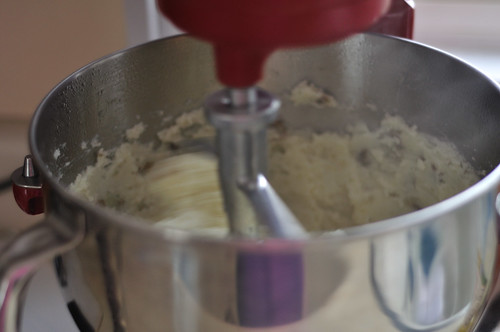 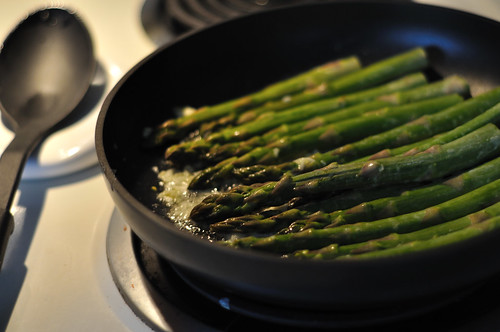 Asparagus on the stove. 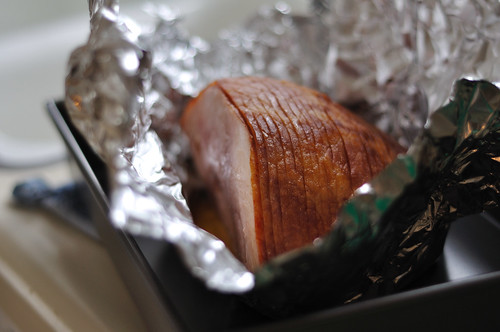 The ham before glazing 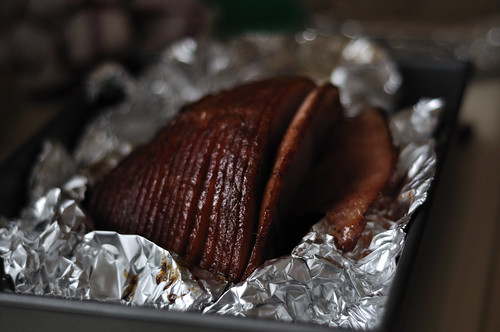 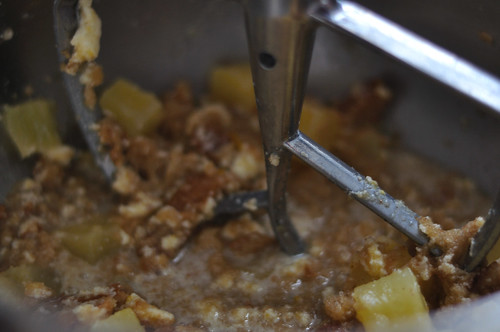 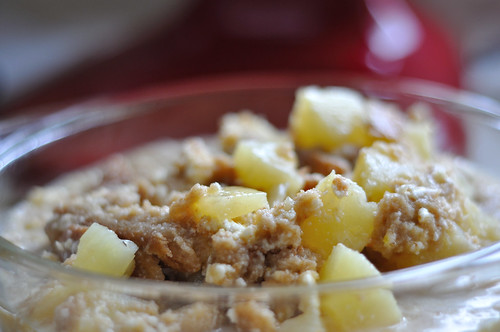 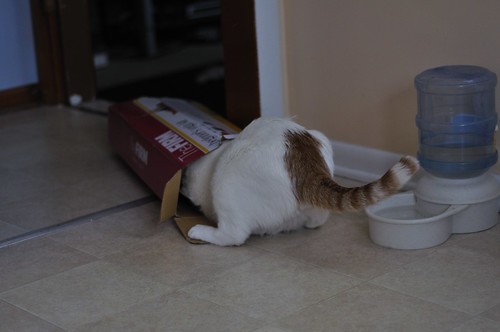 The story of behind our entertainment. Felix is obsessed with boxes. The day before this we were unable to successfully capture him trying to squeeze himself in a standard USPS mailing box. You know, the skinny ones that are a little longer than a shoe box. In this picture he is trying to squeeze himself into the Yoga Mat box, because Neil had him convinced there was something in there. And no inch of box can go unexplored in the world of Felix.

It was a great Christmas despite the change of plans. To me, a little piece of my heart is never fulfilled unless I have Christmas in Minnesota with my family, but this Christmas was at the top of my list. It was mostly private, though shared with people we care for deeply and Neil and I got a chance to spend a whole heap of quality time together. 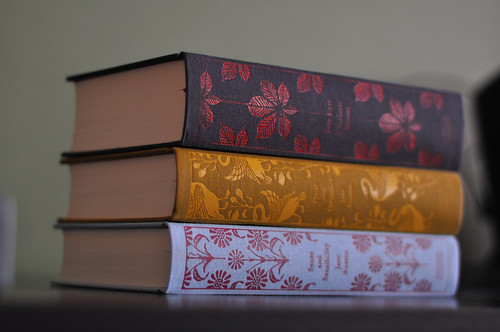 He knew just what I wanted! I plan on adding others to the collection soon.