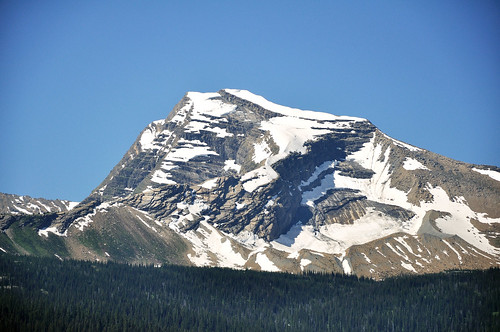 I’ve totally neglected writing up the rest of our trip in Montana. Life since has been insane and I feel like I’ve been swept off my feet and am truly just along for the ride. Looking at the pictures though, I still can’t believe we were at Glacier, and how used to the surroundings you get, almost taking them for granted after a while. Our intended plans for Day 4 included an ambitious 8-hour hike to actually see the Glaciers. That was squashed when I woke up to my period that morning. Having endometriosis makes them highly unpredictable (let alone painful) and I didn’t want to have issues on such a long hike commonly evacuated because of bears. Remember that line in the movie Anchorman? I didn’t exactly want to test the myth.

So instead we decided to drive up Going-To-The-Sun road to do some short hikes and check out the scenery. First we started with another awesome breakfast. We had seen Anthony Bourdain eat Spam on his Hawaii episode. We both had never had it, but decided to give it a tray. Why not? It’s vacation, it’s not like we eat this stuff every day. Behold: 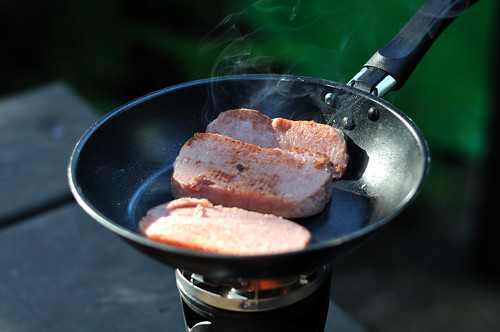 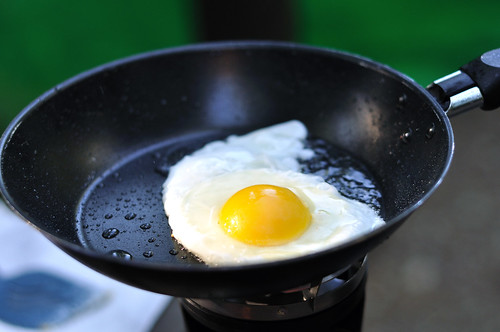 Yup, Spam and Eggs. It’s right out of Monty Python’s classic bit. It doesn’t taste too bad, and like in No Reservations, I could see how it would be good in sushi. But alone? It’s a salt block. Either way, it filled us up for our drive up the mountain. 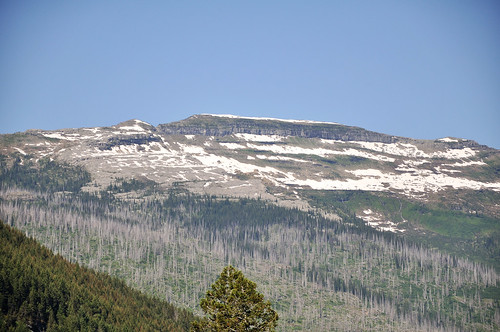 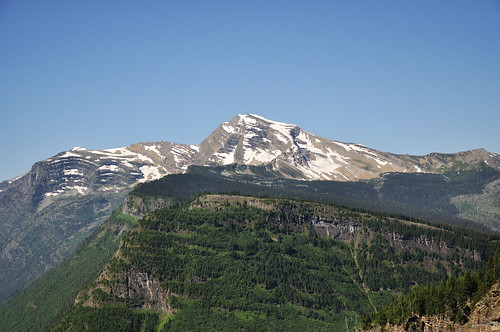 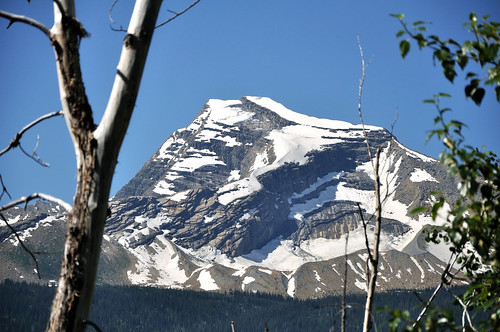 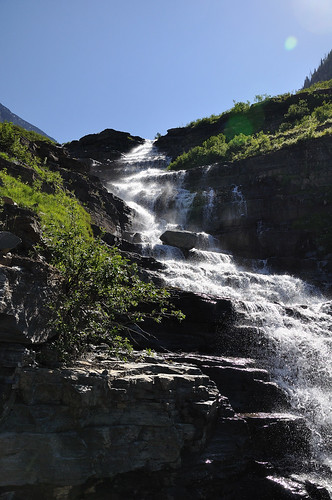 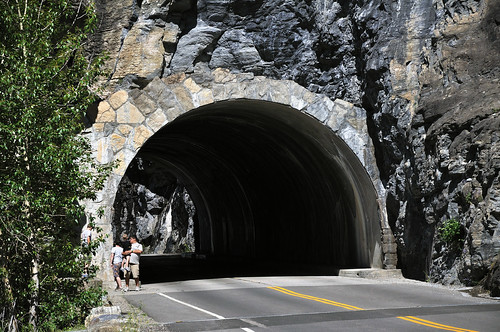 I want to say that I did good most of the way up, at least until the vertigo hit. I have a nasty case of acrophobia (fear of heights). I’ve overcome it to a greater extent, at least I think so. We hiked Flat Top Mountain (over 11k feet) at RMNP on our honeymoon, but I still get super anxious around sheer drop-offs, and Going-To-The-Sun-Road has no shortage of them. It’s a really narrow road, in some areas a tight fit for two cars. It’s the only road that crosses through the park and over the Continental Divide, by way of  Logan’s pass.

I wish I could say we made it to the top, but I was sobbing  and a complete mess about 1 mile from the top so finally at one of the picture points, we turned around. I still feel terrible. Apparently it’s GORGEOUS at the top, but I become another person once acrophobia takes over, and I can’t control it. At all. I sob to the point of drooling, and there is snot all over my face. To say I’m whimpering would be an understatement, because I’m screaming in “what if” scenarios. I can’t even look out the window. On the way back down, once I composed myself and stopped white knuckling the seat, we stopped to see the river: 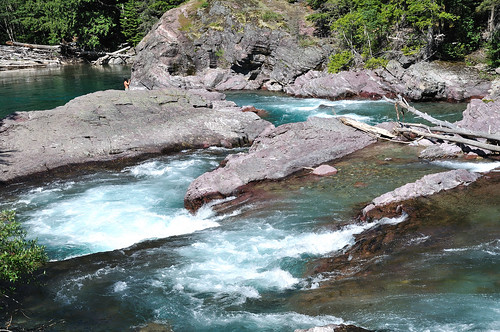 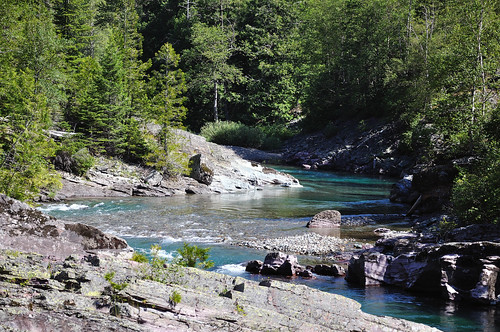 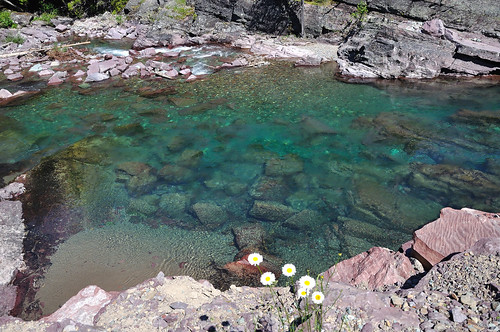 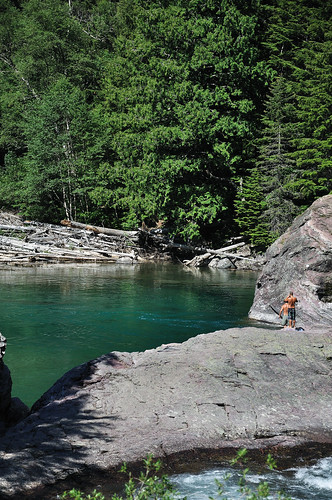 We also checked out Hidden Lake, a short trail off Going-To-The-Sun Road. Yes it really was this green, and all the Photoshop in the world couldn’t tone it down. 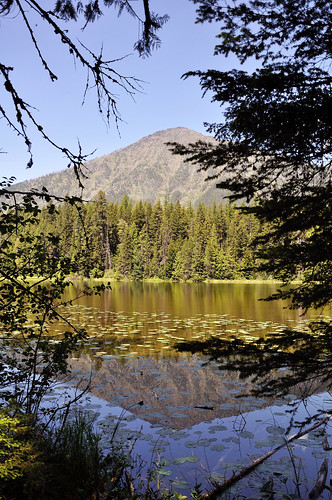 That night I taught Neil to play Cribbage over s’mores. Cribbage is my all-time favorite card game. It’s actually part of the curriculum in a lot of Minnesota Public Schools because it’s a great dynamic thinking and counting game, perfect for kids…and adults! I think he likes it, though probably not as obsessively as me. I even have it on my phone! 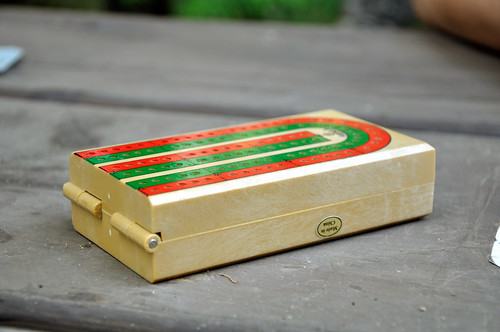 My cheapie Dollar Store board just for camping. 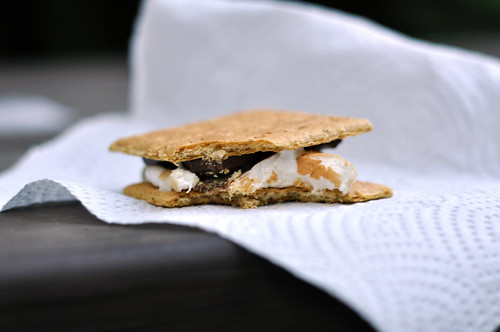 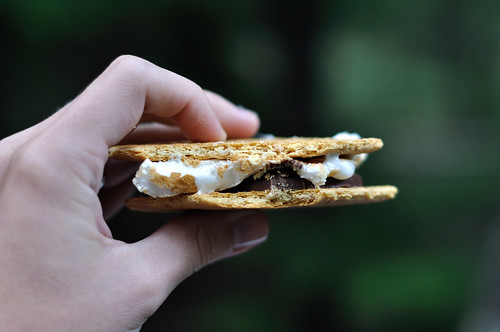 There is that point in any camping trip when you feel truly a part of the nature of things. Campfire and evergreens have permeated your clothing and hair, and you begin to feel like a “regular” around the campground. You’ve watched several overnight campers come and go, and people who are very obviously new to the game struggle with tents and where to get firewood. You don’t even mind anymore that you’re on day three without a shower. It’s an awesome feeling and the best part of camping for us. The feeling of belonging and mastery far from home. I’m craving it all over again!

Our fourth and final day in Montana coming up soon!