First Blogging Conference in the Bag: Show Me the Blog St. Louis 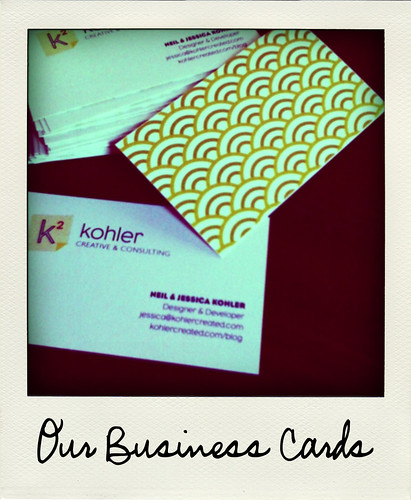 Above: The homemade business cards I threw together right before the event.

I was finally able to attend my first blogging conference, Show Me the Blog, in St. Louis this past weekend. I won a free ticket via Kate at Capturing Como, an amazing local blog that covers the happenings of Columbia outside Mizzou. I can’t tell you how great it is having people in this town whose lives don’t revolve solely around football and tailgating. Columbia is definitely a lot more fun for me with her around.

Although it was a smaller gathering of local Missouri bloggers and social media gurus, I completely had a blast and believe I’ve finally caught the conference bug everyone keeps talking about. Going into it I really didn’t know what to expect. I am the most awkwardly shy person I know, especially when I’m around groups of people, which is mostly why I got into blogging in the first place. Meeting and interacting with bloggers in person was a lot easier than I thought it’d be and all the credit goes to them for being so awesome!

Rather than recount chronologically everything that happened between Friday afternoon when Kate picked me up and Saturday night when we finally headed home, I thought I’d recount some of the great people I met while I was there. 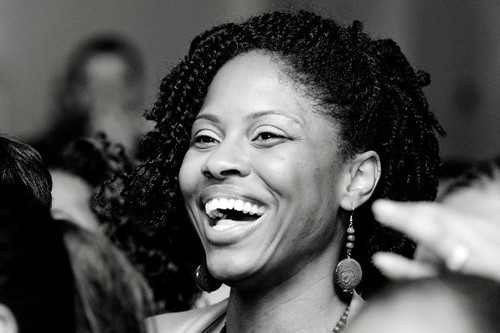 The first speaker was Roshini Cope, author of Glamazini.com who spoke about “The Ten Commandments of a Successful YouTube Channel” Roshini is hilarious. There are just those people with natural comedic timing and a dynamic public speaking style and Roshini has them both. It’s unfair really. Her presentation was phenomenal and I learned so much. Who knew YouTube channels had so much power!? Okay you probably did, but I have totally underestimated it. See her conference recap here and be sure to check out her Youtube channel! 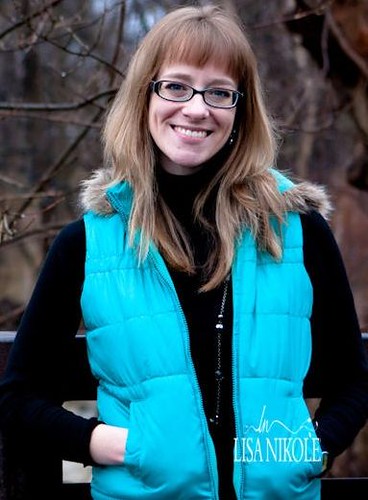 Very rarely (VERY rarely) do I ever meet people who could very easily be long-lost good friends. Melissa Gilliam, author of Small Town Girl’s Guide and Marketing Director for the YMCA Trout Lodge & Camp Lakewood not only gave an amazing speech about Non-Profits and the Implementation of Social Media and Social Networking (which is hugely relevant to what I do) but she likes good food, backpacking, and exploring rural Missouri for all of it. She also apparently has some famous boots now! 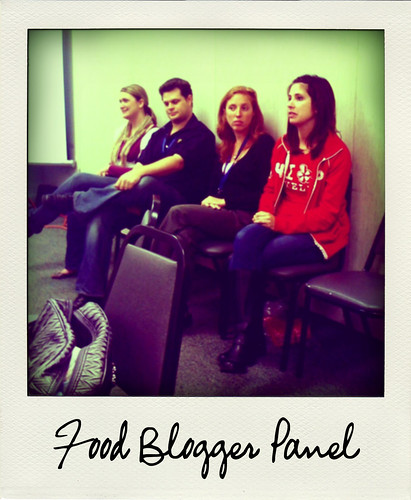 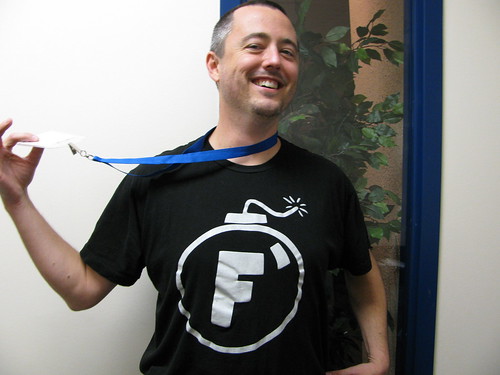 Chris Reimer, Chief Marketing Officer of the Scorch Agency and owner of Rizzo Tees with his awesome F Bomb t-shirt. Chris started out like many of us do, trying to be practical and what most would consider to be a responsible, serious adult. His creativity however was undeniable and once the entrepreneurial bug bit him in 2007, Rizzo Tees was born. I have a feeling I’ll find some Christmas gifts there this year!

So there you have it, my very short abbreviated review. I could easily go on for hours, but I wanted to keep it short. There were so many great speakers and panel discussions. Check out the conference page for more info on all of them. Also, they’ve set up a Flickr for photos. I’ve also added them to a Twitter list, which I hope to grow as I connect with more people from the conference and St. Louis in general.

While I still have you though, I have to share this: 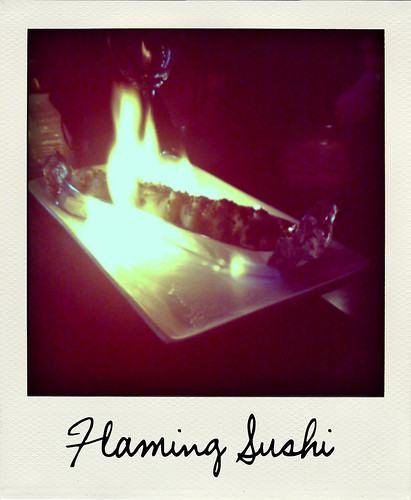 Flaming Sushi! I kid you not. I’ve never seen anything like it. This is what happens when you live in a small town people. You are entirely too easily sold on anything that’s bright and shiny! Kate and I had fun in our post-conference race to hit every store we don’t have in Columbia, including a stop for sushi with local radio host Leslie (of Simon and Leslie in the Morning on 102.3 BXR if you’re local) and then a fiendish sprint through Trader Joe’s after they had technically closed the store. I came out well, though I regret not splurging on the dark chocolate peanut butter cups.

What did you do this weekend?