They just announced the final CrossFit Open WOD, and here I am again writing about the last one. No biggie. It’s actually been nice to take a little extra time to reflect on this workout. And heal. 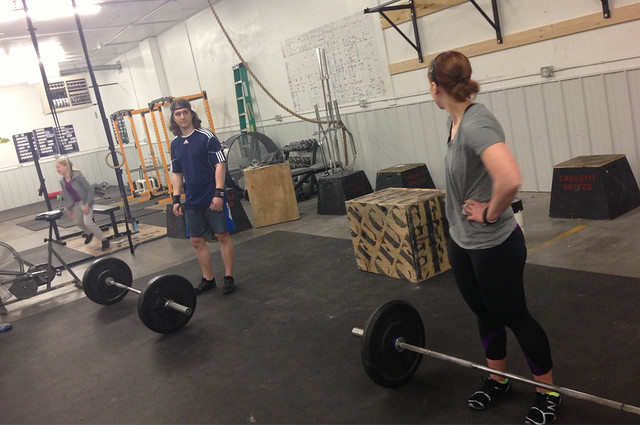 I am still in awe that we are one WOD away from being done with our first Open, and that we were able to successfully complete all the movements as prescribed, when a mere year ago we wouldn’t have come close — well at least I wouldn’t have. The snatches, the double unders and heavy clean and jerks all make me realize how far I’ve come.

With that being said, I am kind of glad we’re almost done. The heavy shoulder-to-overheads are definitely starting to wear me down. I do plenty of overhead work in my regular programming, but the increased volume has just kind of worn them out a bit. Open Workout 13.4 was no exception…

Because my shoulders were already bugging me, I over-paced this workout intentionally. Yep, I went easy on myself. While I feel sheepish in admitting that, because a) most would be willing to push themselves to the limits and ask questions later, and b) 95 lbs isn’t all that heavy for me anymore, I just didn’t want to chance it. One workout isn’t worth the injury and aggravation of losing workouts and training down the road because I’ve hurt myself. Once the Open is over I want to return to 2x daily workouts a few times a week and not have nagging issues slowing me down. 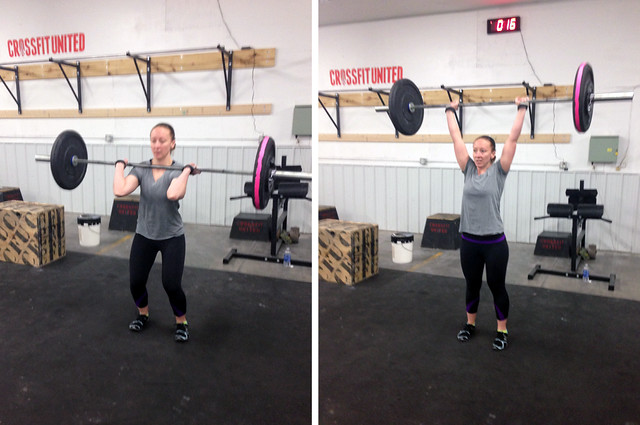 So while I deliberately chose to under-perform the 95# clean and jerks, I did rock some nearly unbroken toes to bar. I don’t know when these all of a sudden became a strength, but I am no longer scaling them. I used to always resort to knees to elbow and knees to chest after about 10 reps, but no more! These have become really easy. I think it all comes down to good technique (mainly not over-kipping). 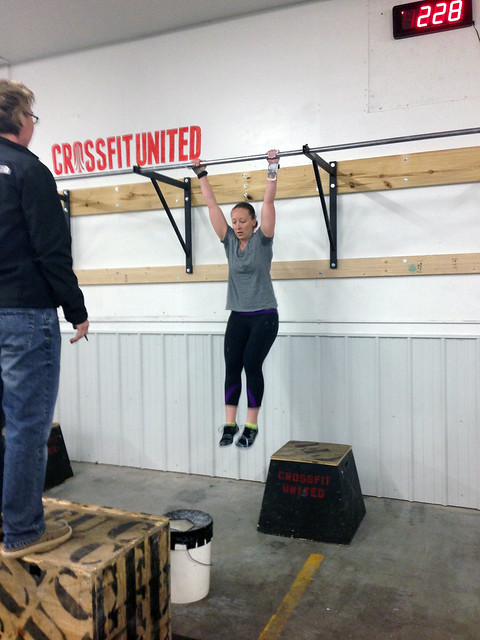 Neil over-paced as well, but said more less he thought 7 minutes wouldn’t go by so fast. He said the weight wasn’t all that heavy, and that he has learned his lesson not to pace anything under 10 minutes, just go full throttle. 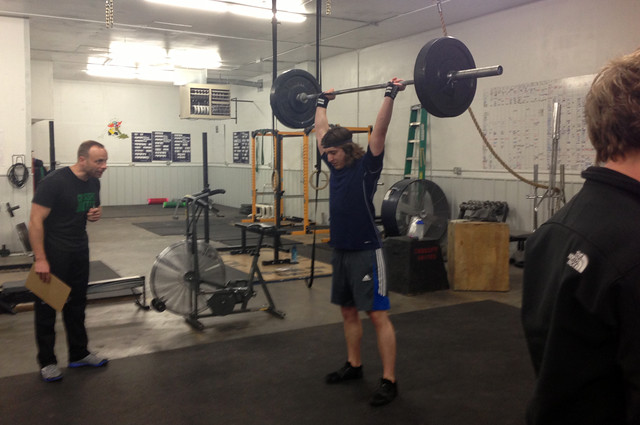 So, another good workout. We were both really happy with how we did, and once my shoulders feel better, I’d definitely like to try this one again to see how I’d do at max effort.

Thanks to Erica for snapping a few shots of us!