Cleaning up our dust 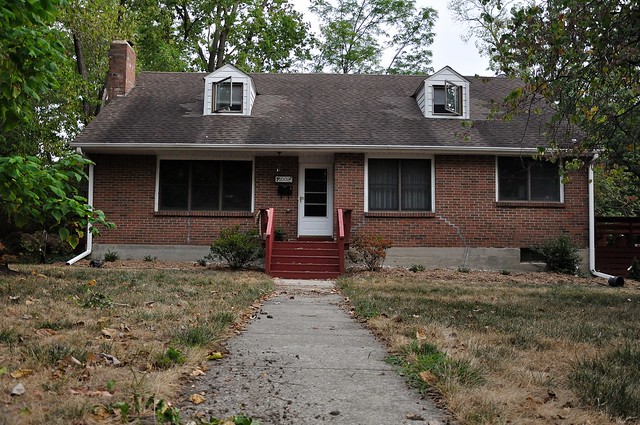 We were finally out in the yard this weekend for the first time in nearly 3 months. It’s the first weekend we were a) both home and b) it isn’t at least 100 degrees outside. Our yard is in a pretty sad state, which sucks because we had so many plans for it this summer. We wanted to have multiple vegetable garden beds, install a fire pit, and plant new shrubs and plenty of flowers but none of it materialized successfully. If you haven’t heard the news, we’ve been in a drought all summer, with less than 5 days of any significant waterfall that I can think of. Any rain in the forecast has been like a mirage — we get excited, but as it moves closer, it magically disappears from radar. Remember our new rain barrel? It really caught a break this summer! 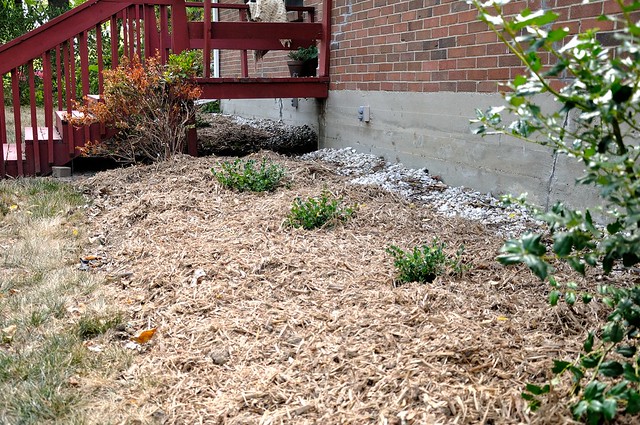 Our project this weekend was mulching. We ordered 8 scoops of natural mulch to cover the front yard and part of our back yard (we ran out). Back in May we ripped out a bunch of our old shrubs “redneck-style” with the jeep and replaced them with new stuff. However, then it got too hot to mulch. I think it will look great — once our lawn isn’t the same color. 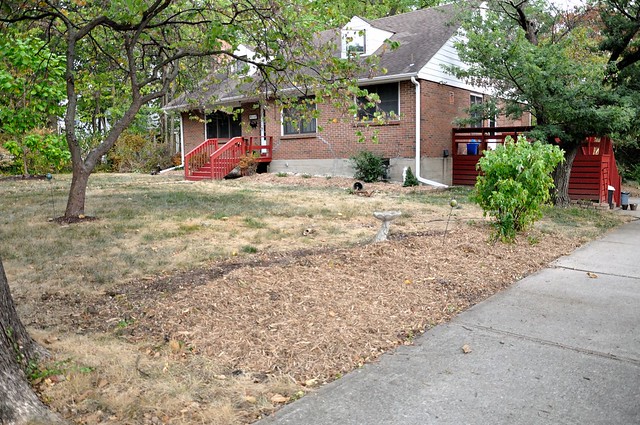 In a small twist of accidental luck, the drought did kill off the remainder of  the original shrubbery, which I didn’t like anyway, so we just pulled them out. Makes our yard look much more spacious, and now you can actually see our house. I think I think Sherry and John would be proud. 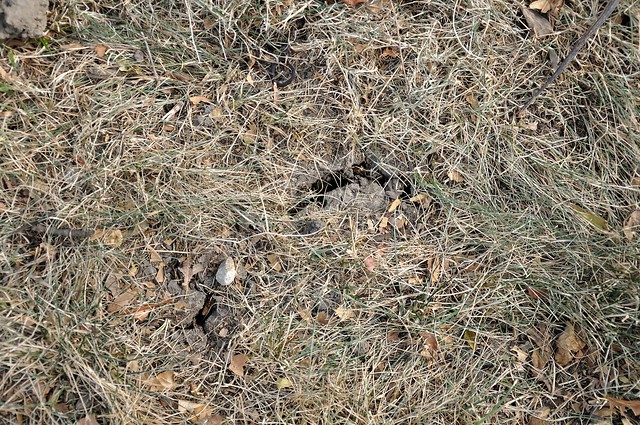 Crack in the yard that I can just now fit my hand into.

I then spent a good two hours raking leaves. Yes, I raked leaves in August. It’s been so hot and dry that most of our trees have dropped some or significantly more of their leaves. I really hope we don’t lose any of our trees. We watered what we could, but after a while, no amount of watering can make up for no rain. Plus I’m pretty sure half of it was evaporating before it could do any good. The leaves literally turned to dust when I tried to rake and bag them.

Being outside for more than 10 minutes without melting gave us the opportunity to catch up with most of our neighbors. We’ve now met and befriended all but one house. Kind of a funny story. When we moved in, they came over to introduce themselves (aka “do you have kids?”) and found some friends of ours first as they were unloading the truck. They introduced themselves, and since we weren’t around, took it upon themselves to describe us to the neighbors. Well, our friends are jokers, so in the details they tossed in that we were swingers. And apparently, our neighbors don’t have sarcasm detection, so they believed them, and have since avoided us. It’s now kind of a running joke that every time we have other couples over, we should make a scene in front of our large window, then shut all the lights off. 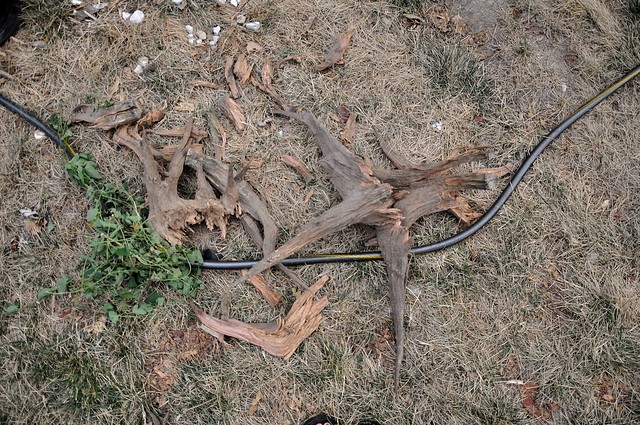 Hopefully now our lawn looks a little less dead, or at the very least less sad. I woke up today totally stuffed up from all the dust. Our yard was so beautiful this spring, it’s simply heartbreaking. If you get some time over the next week, do a rain dance, or just a little jig for us, we could really use the rain. I’m hoping that if we finally get rain, we can still put in the fire pit to enjoy this fall. Fingers crossed. Overall though, a pretty productive weekend for these swingers.