Cinnamon Raisin Swirl Bread and Winter Camping for One 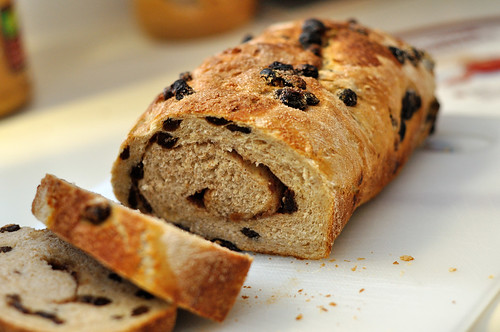 I’ll admit, I’m a complete brat when it comes to Cinnamon Raisin Swirl Bread. I have standards. The swirl to bread ratio has to be exactly the way I like it or I just don’t enjoy it. Nothing is more annoying than not enough raisins or cinnamon swirl! I know, I’ve got issues. As I’ve been completely obsessed with breadmaking lately, I decided to make a trial run of swirl bread at around midnight last night. 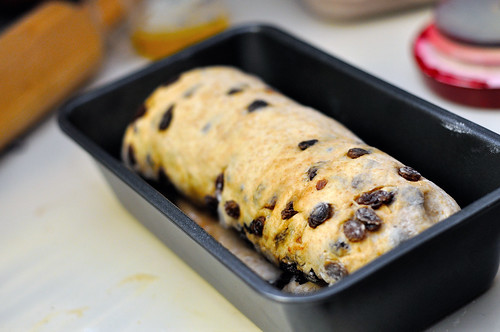 Having read Eat a Duck I Must’s review of Martha Stewart’s recipe, I decided to use it for the trial. With only a three-hour total rise, it was a lot quicker than a no-knead slow rise. For whatever reason though, it seemed to call for an obscene amount of raisins. I was happy to oblige, love raisins, but it was more than a little perplexing trying to get them all to stay in the dough. 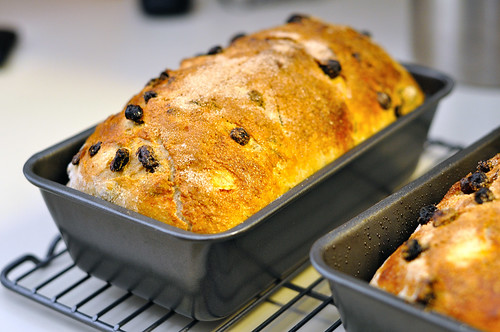 Despite the raisin overload, I got two perfect loaves of bread. Unfortunately, I was only able to snag one piece for breakfast. Neil will be packing up both loaves and leaving town after work. The un-nibbled one will be a gift to my mother-in-law (we enjoy sending stuff back and forth to one another), and the other will be snackage for the first camping trip of the year with Neil’s brother and some friends, which unfortunately I will not be going on. 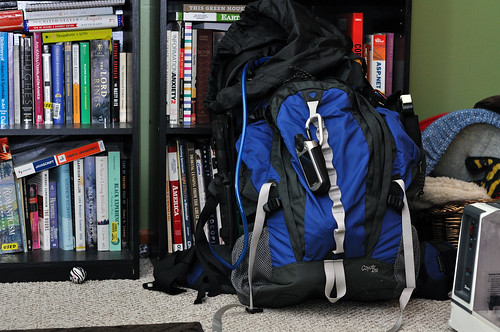 Because I’m just coming out of the woods with the cold and blegh I’ve been battling for two weeks, I decided it was too soon and too cold to be camping and hiking outdoors. Very adult and responsible of me for sure, but I’m really bummed. REALLY. BUMMED. But I know there are plenty more weekends to get a winter-ish camping trip in, and it’s a good opportunity to tackle some design and homework, as well as some projects I’ve been meaning to do around the house. Like the out-of-control pantry: 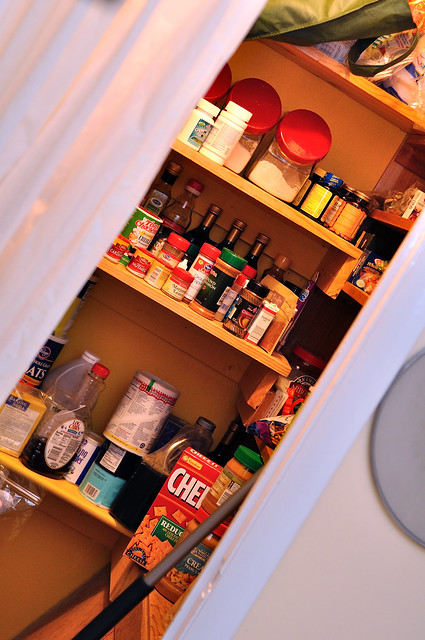 …as well as some window treatments that need to be fixed, and some bedding that needs to be cleaned. Always tons of stuff to do, and I’ve resolved to have a little fun too. I’m definitely making another loaf of Cinnamon Swirl Raisin Bread, but will use a slow-rise approach to see how it changes the flavor. I’m also going to make a few other treats for my bachelor weekend. What are they? You’ll have to check back in on Monday to find out! Neil will also have a recap of his weekend in Arkansas and a few tips for planning the perfect winter camping trip.

What are your weekend plans?