A few observations from the newly working-from-home

Sorry for kind of disappearing this week. I was out-of-town for my first work retreat, staying in a beautiful lake house. Pinch me right? Once or twice a year, they rent a house and spend 4-5 days meeting, working through new ideas and spending time together. I didn’t know what to expect, but it was wonderful. We completely filled the 6-room house, and even though this was the first time I’ve met a lot of my coworkers in person, in a weird way it felt like home. There were kids running, strategy sessions brewing, hundreds of post-its stuck to just about every surface and plenty of good food and drinks shared and consumed. 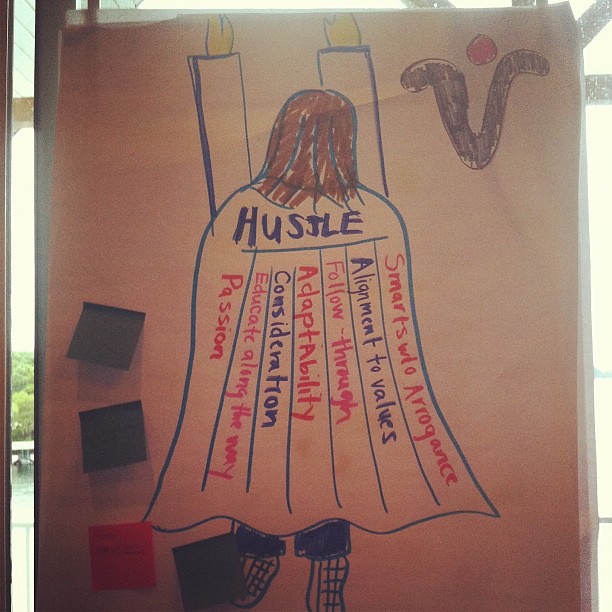 I’ve now been working from home for two months and some change. It’s been a whirlwind of change and adjustment, but with this trip under my belt, I’m finally feeling a little closer to being settled in. I’m finding my place within my team and a unique contribution to offer. I still have plenty to learn, but I think I’m getting there.

A few people have asked me about my experiences working from home, and although I’m still fairly new to it, I have made a few somewhat amusing observations:

My blow dryer is dusty

Because I don’t see my coworkers outside of a rare Skype video chat, I’ve almost completely broken up with my hair dryer. I just let it dry on its own time, and then style it at some point in the day.

While many people mused that I’d have to fight the urge to stay in my pajamas all day, I’ve actually had to fight the urge not to wear my gym clothes all day. Since we go to the gym around 5:00 every evening during the week, I’ve fallen into the habit of just pulling on my (clean) gym clothes in the morning in an effort to save laundry. I guess that might be considered lazy, but I see it as overly practical. Maybe once it cools down and i feel like going out more during the day…

I sleep less, but I sometimes sleep when you’re probably at work

Neil jokes that I probably take naps throughout the day, but so far, I’ve actually slept less. I wake up every morning with Neil so our hours somewhat align, but I typically end up working later, because in my mind, even though we work the same hours, I feel like I don’t have anywhere to “be” and if I get on a roll, I can knock back an extra 30 minutes or hour in bed. I’ve been good about not doing it more than once or twice though, and that’s because I stayed up til 3 AM.

I’ve probably stayed a little too close to home

Although I have the flexibility to make my own schedule and kind of set my own rules, I find that I really don’t leave my house that often throughout the day. I think part of the reason has been the summer heat, but the other is that it still feels like I’m playing hookey and doing something wrong.

I work more hours, are you surprised?

On the heels of working later into the night, I find that overall, I’m putting in a lot more hours — but stressing a lot less. I don’t know if it’s dogs in the office, or plenty of snacks and sunshine, but it just doesn’t bother me. In fact, I feel as if I’m working less than I did before.

While some of those might not sound so good, there by far have been more positives: 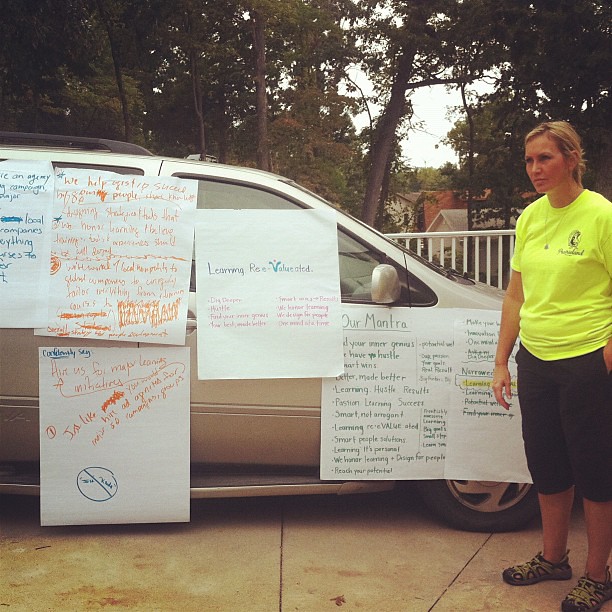 During the retreat, our team developed a mantra and a guiding statement. While the process was difficult and frustrating at times, the moment it all clicked was amazing. Here we were, standing around a mini-van COVERED in Post-it Easel strips, and we were almost screaming. It was such an energizing moment.

So, I find myself in a somewhat unique niche. While I have a full-time employer, I feel like I live the day to day life of a freelancer. I love the freedom and versatility to work in the way which best suits me best, but I love still having a team to learn and share a journey with. Now if only I could keep my house clean too…

Ever notice any quirks about your job? What is your favorite part?